Alsum is the name of a small village on the eastern shores of the Rhine. The village fell victim to the industrial revolution which took over the area between 1850 and 1950. Due to massive coal mining, the ground sank for more than 1m, making the area vulnerable to floods. The last citizens left the village in 1965. The area was buried with mining waste, thus creating the „Alsum Hill.“ Today, the area is used by the ThyssenKrupp Schwelgern Steel Mill, one of the largest steel mills in Germany. It is the combination of these three elements, the river Rhine, the steel mill, and the Alsum Hill, which make this area a fascinating photo location, the latter providing a nicely elevated viewpoint on the other two.

Down by the riverside

To get to the viewpoint on Alsum Hill, one has to take a short stroll along the river Rhine. At this point, one has the steel mill in the back, so it’s easy to forget it’s even there. Instead, the beautiful and surprisingly calm and beautiful river with its spacious riverbanks and meadows dominates the experience. I was there in the late afternoon. The sun had already sunk pretty low, providing beautiful backlighting for the scene. Here are some photos of the area. It is hard to imagine that one of the last industrial centers of the Ruhr area is only a few hundred meters away, hidden away behind the hill. 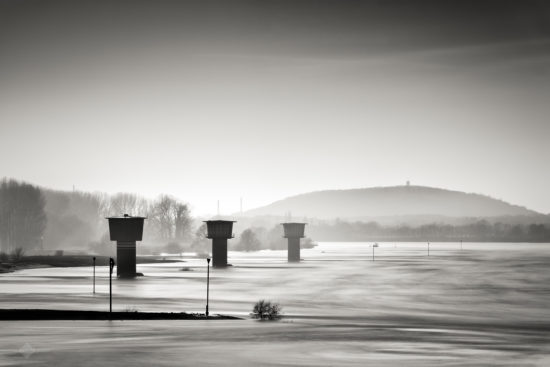 Three Towers in the River 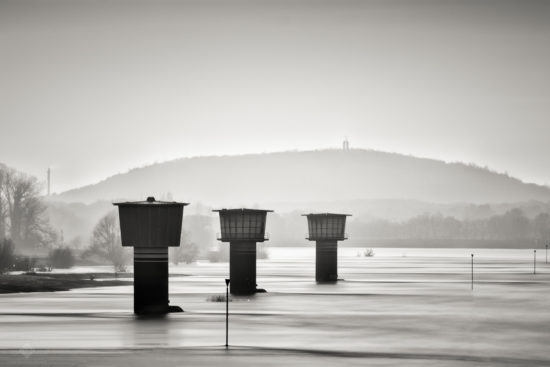 Three Towers in the River #2 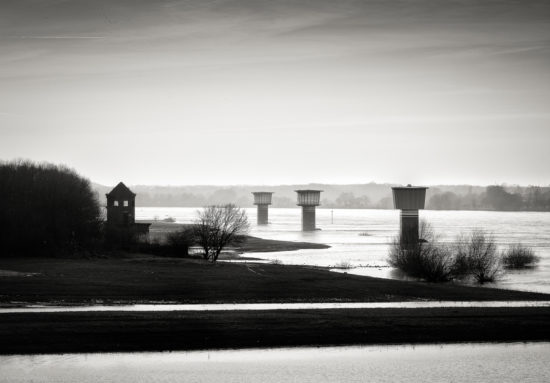 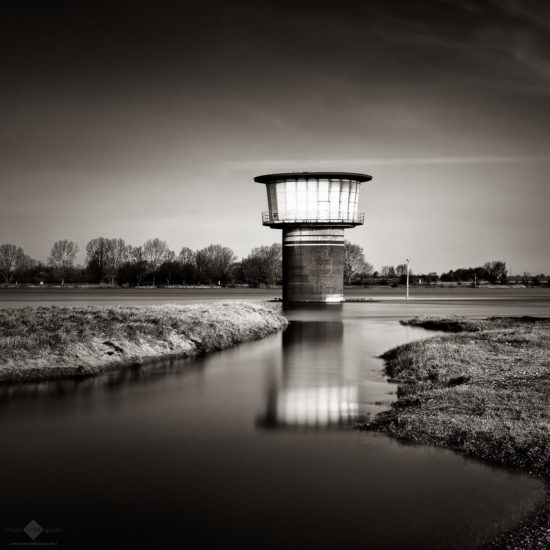 Tower in the River

A little later, the industrial complex reappears as the way bends around the small hill. Here, some far off industrial buildings created an interesting juxtaposition between nature and industry, further accentuated by the backlighting situation at hand. 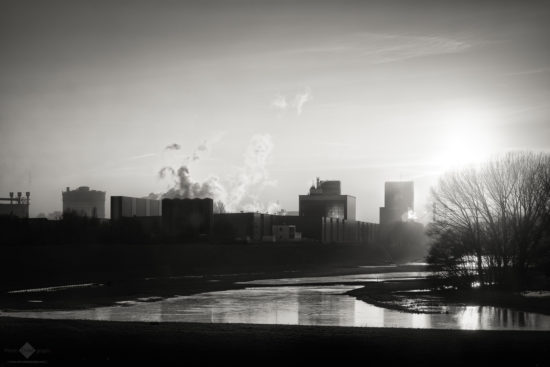 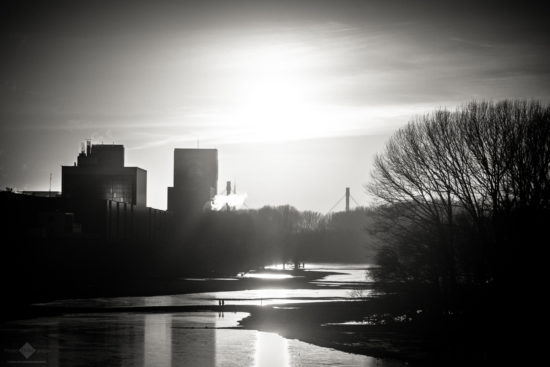 With my 300mm zoom lens, I also tried some close-ups of distant chimney silhouettes for some semi-abstract and semi-minimal industrial photographs. 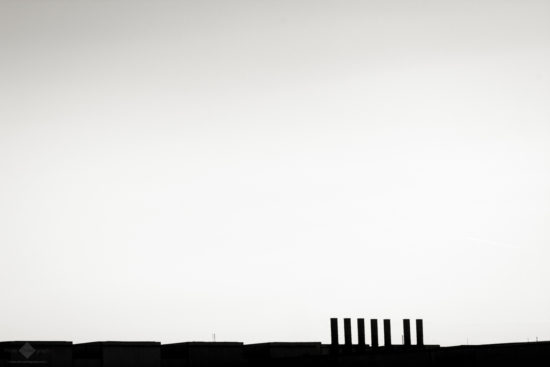 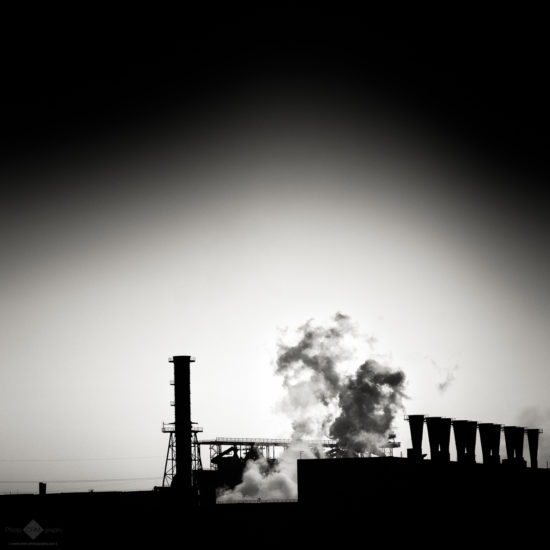 Soon enough, however, the path took me up to my destination on the hill, a viewpoint which offers a spectacular view of the steel mill and the river. I set up my tripod and prepared for a long wait. The sun had not set yet, and I intended to wait until the last day of light had gone.

The steel mill is easily as large as a full urban district. As I stood there, looking for exciting frames and waiting for the light to change, I more and more perceived this vast machinery as one big entity. It seemed like a living thing, ingesting coal and iron, breathing fumes, generating all kinds of noises. There were steamy hisses, roaring fires, alarm sounds, voices making announcements via giant speakers, and the constant and ever-changing hum of engines and other machines. It was an experience which was at the same time fascinating and frightening, awe-inspiring and disgusting. The Ruhr area has a rich industrial heritage, but these days are pretty much over, and trees and parks have conquered what used to be filled with coal mines, shaft towers, and steel mills. But not so here. If there is one place left on the Ruhr area where the industry is still alive and where you can get a feel of what life in a heavily industrialized area must have felt like decades ago, then it is here.

A steel mill of these proportions offers many photo opportunities if you are willing to zoom in and look for exciting detail shots and this is what I have tried. Unfortunately, the viewpoint is quite overgrown and even worse, some nasty power cables disturb the view which doesn’t make things easier. But I managed to get some interesting detail shots nonetheless. 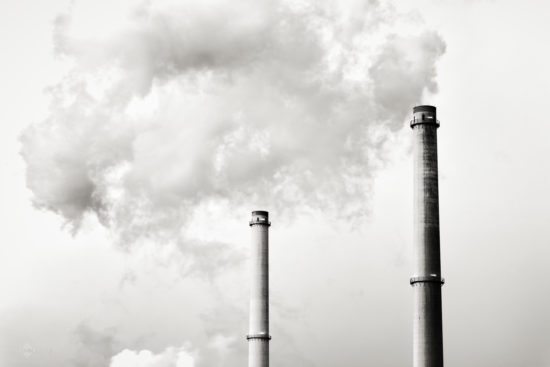 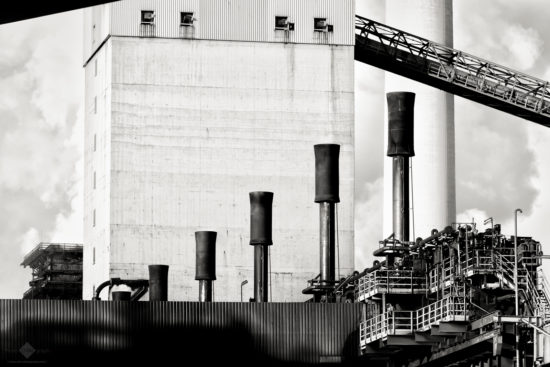 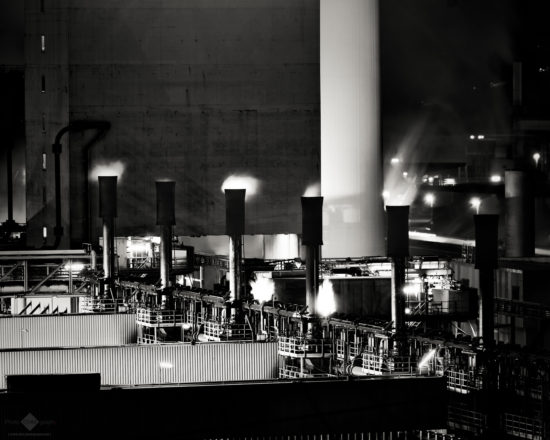 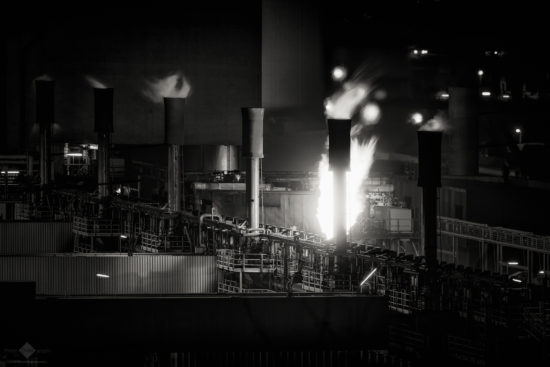 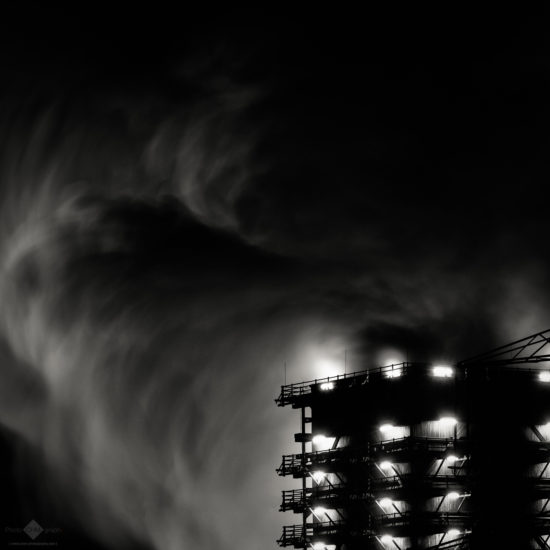 Close-ups are nice and good, but the real magic of the location lies in the combination of industry and river. 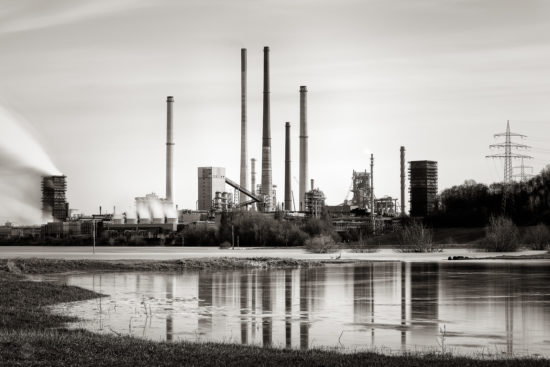 ThyssenKrupp Schwelgern Steel Mill #1. On the right, you can see the slope of the Alsum Hill, pretty close to where I stood for most of the other images in this post. 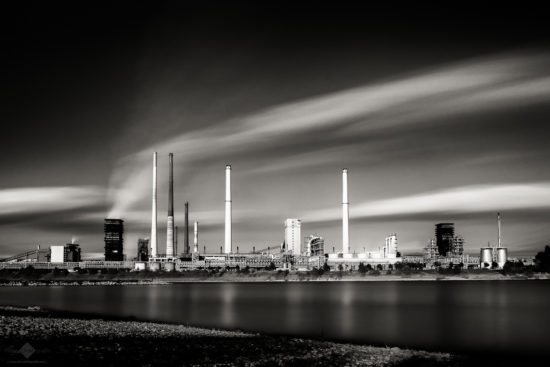 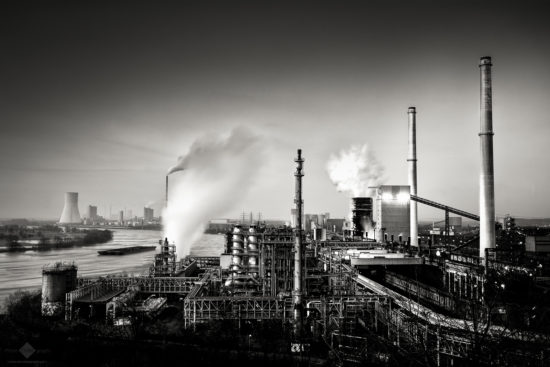 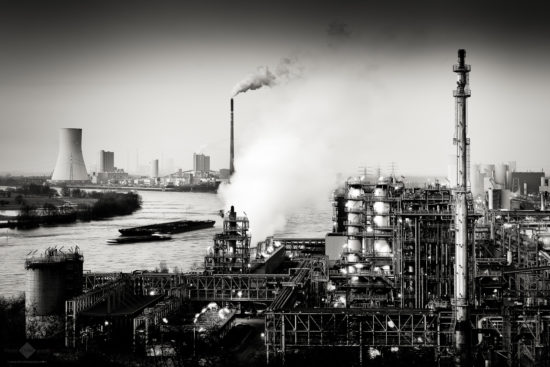 It should be noted that not everything is perfect here. Power lines and thick overgrowth are all over the place obscuring the view considerably. Shooting there means either living with these problems or planning to spend several hours in the digital darkroom to remove these distractions in post-processing. I have done the latter, and I can tell you that it isn’t fun. For illustration purposes, I’ll include two images with powerlines and overgrowth. 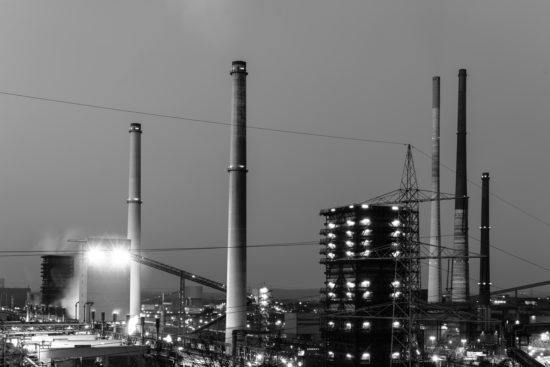 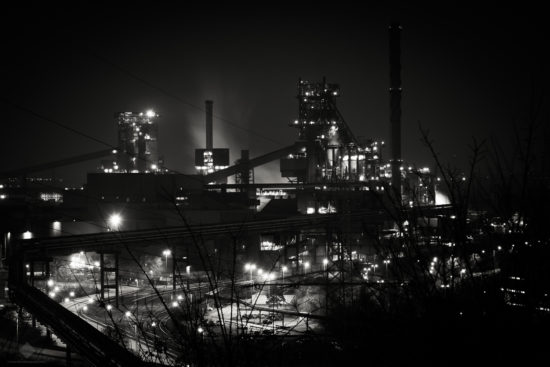 However, photography should not only be about the photographic result itself but also about being there and experiencing the place and the situation. And in this regard, the Alsum Hill is a unique location which I will surely visit again.

On the Banks of the River Rhine, Pt. 1 - CHM-Photography Reply

[…] impressive industrial site is worth a whole blog post of its own. In fact, I have already written one about it. Here is one photo of the place to get you started. […]