Today’s short post is about three photographs I took of a metal statue of William Thomas Mulvany which is exhibited in at the Zollern Colliery museum in Dortmund.

William Thomas Mulvany was an Irish entrepreneur who came to Germany in the 19th century and influenced the Industrial Revolution in the Ruhr area, the heart of German industrialization. He introduced then modern mining technologies and methods to the local coal mines and was declared honorary citizen in Gelsenkirchen. Other cities named streets after him.

Photographing a metal bust in a museum can be pretty boring as long as you try to shoot the whole object descriptively, just intending to show what it looks like. So, noticing the intricate textures and shapes of the bust, I looked for engaging close-up frames instead. The first thing which caught my attention was, of course, the eye. 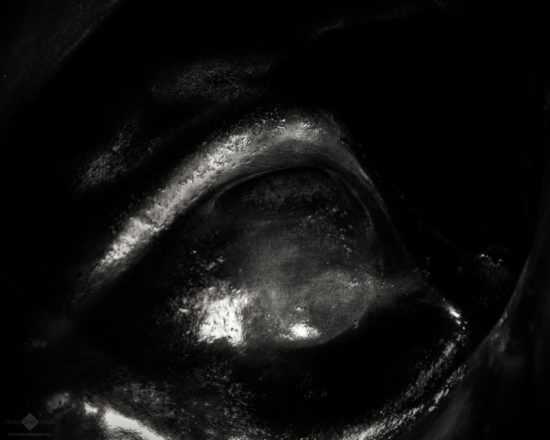 On second thought, however, I found Mulvany’s Ears to be much more interesting, especially because the sculptor had, either accidentally or intentionally, placed a shape in one of them which quite strikingly resembles the shape of speaking lips. So, it feels like a mysterious somebody whispering into his ear, possibly advising him what and what not to do. 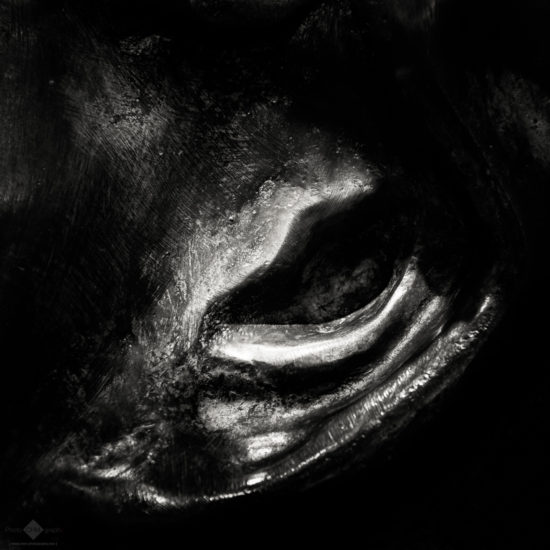 For the sake of completeness, I’ll share the photo of Mulvany’s other ear with you which doesn’t feature this mouth shaped object but is interesting enough as an abstract macro shot. 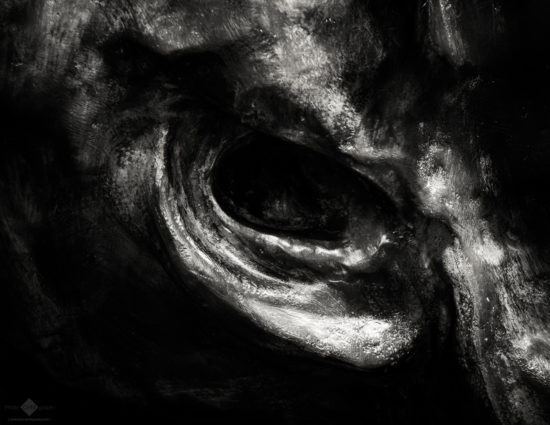 Look out for more blog posts on photographing historic places and items, some of which were taken in the Zollverein World Heritage Site.  And, there is also a pack of lions in the pipeline which also craves to be released into the virtual wild of the web. Stay tuned.