Shake off the rust and play!

A walk in the forest

In my home town, there is a forest, not too large, but not particularly small either. In it, there are lots of trees (obviously), a couple of small lakes, and a lovely water castle which, among other things, houses the local museum, and a restaurant. In the forest, you will also find some tennis courts, a big playground for kids, pedal boats, a war memorial, and much more. It is a beautiful place to be, which is why it is often crowded (especially on beautiful days). Unfortunately, though, there’s a heavily trafficked motorway right next to it, so it is always loud and noisy there. I have often walked there with my kids in their baby buggy, so I know this place very well. There’s nothing special about it for me anymore. It has become an everyday commonplace. Not in my wildest dreams would I have imagined that I would go there to photograph. Why play in the same old playground again and again?

When I was a kid and got a new toy, I always wanted to play with it immediately and continuously. Waiting for the right time and opportunity (e.g., after dinner) simply was not an option. The same is true today. When I got the Nikon Z6 last fall, I had to take it out to play – immediately and continuously. Some things never change. It is worth mentioning that I take the word „play“ literally here. I just wanted to use it, learn how to operate it, get to know its capabilities and limits, see what it can do. Unlike previous outings with my old camera, I didn’t expect to get any satisfactory results. Getting the shot was not the point. So, I was far less picky than usual when it came to picking locations and subjects. I even took the camera to the local forest.

With all the barriers removed and a playful mindset, I started to see images where previously I had expected nothing but boredom. For whatever reason, things that I would not have even bothered looking at before suddenly had their own unique beauty and appeared to be worth capturing: Twigs, branches, and trees against a cloudy sky or the soft background of smooth water, leaves on the ground with all their fine details, light of a low sun reflected on the lake, snowberries on thin twigs, moving in the soft wind. The list goes on and on. 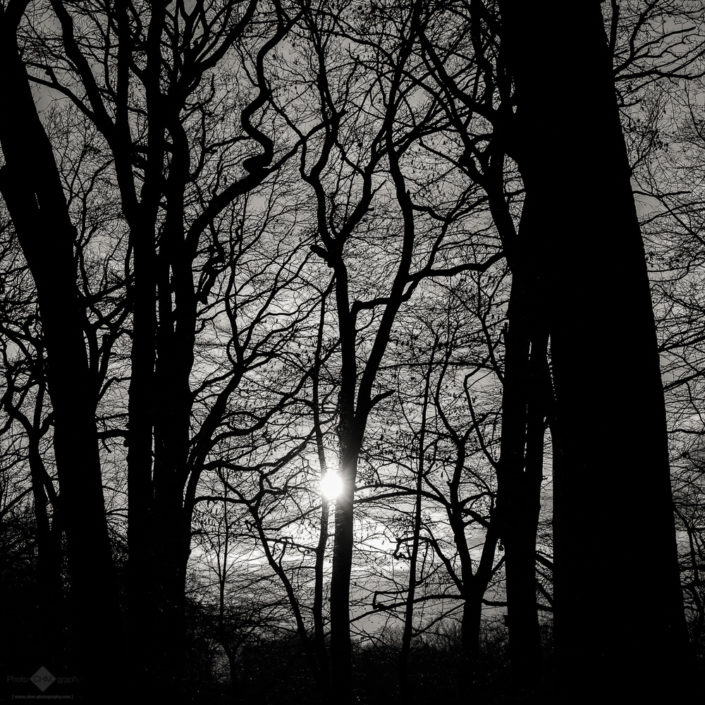 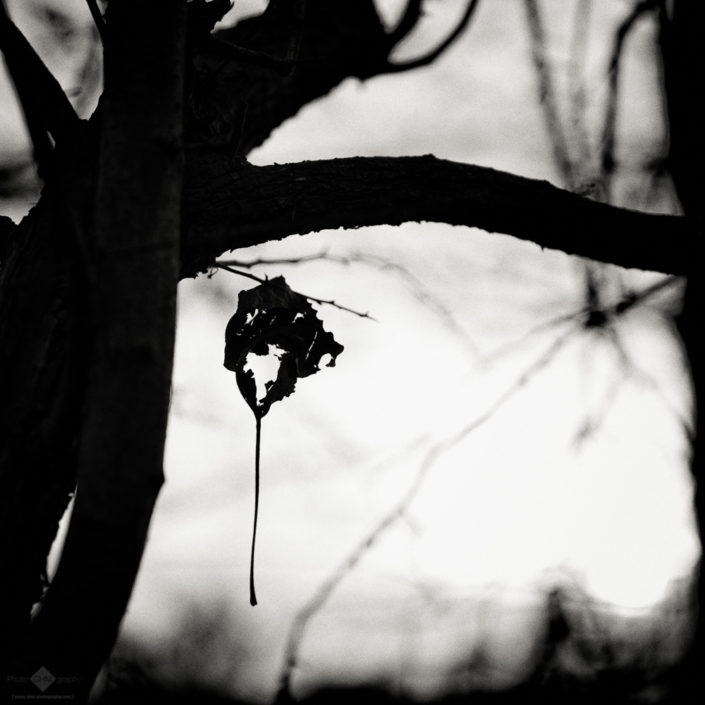 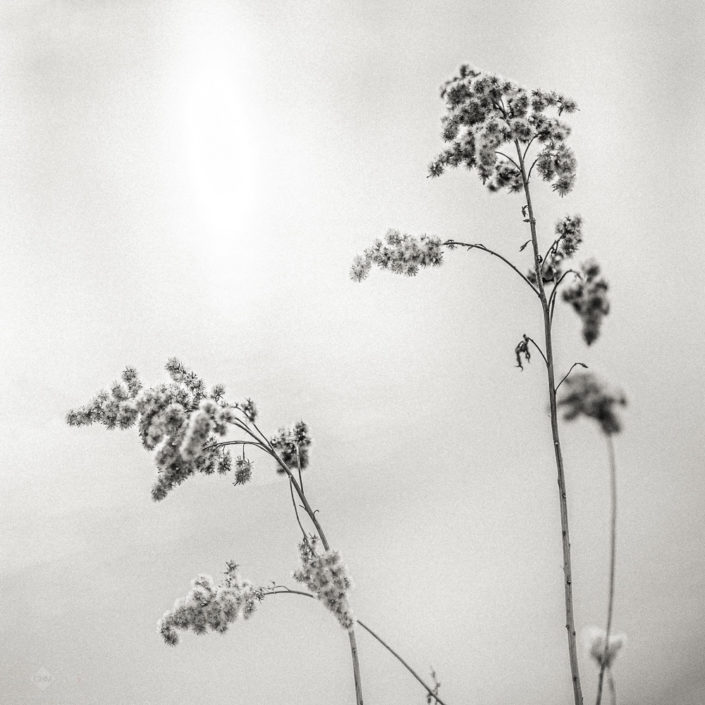 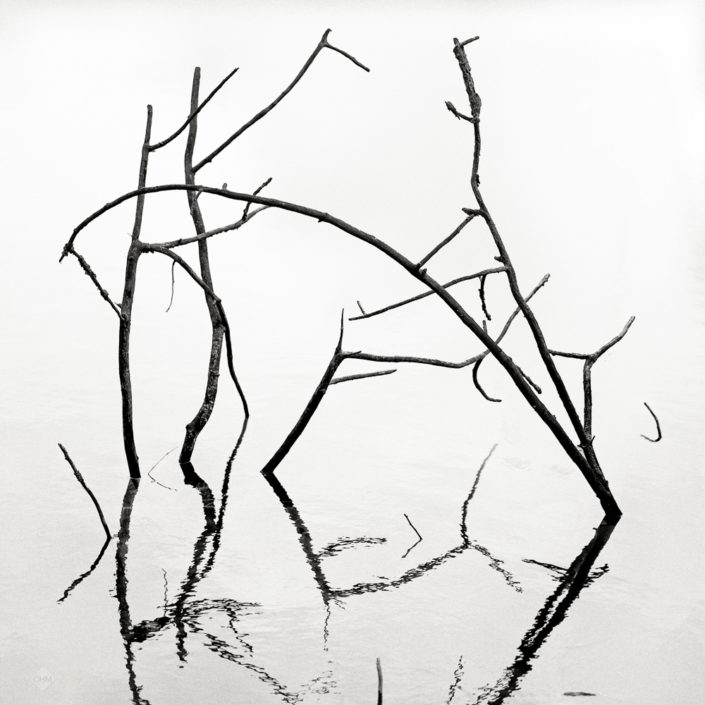 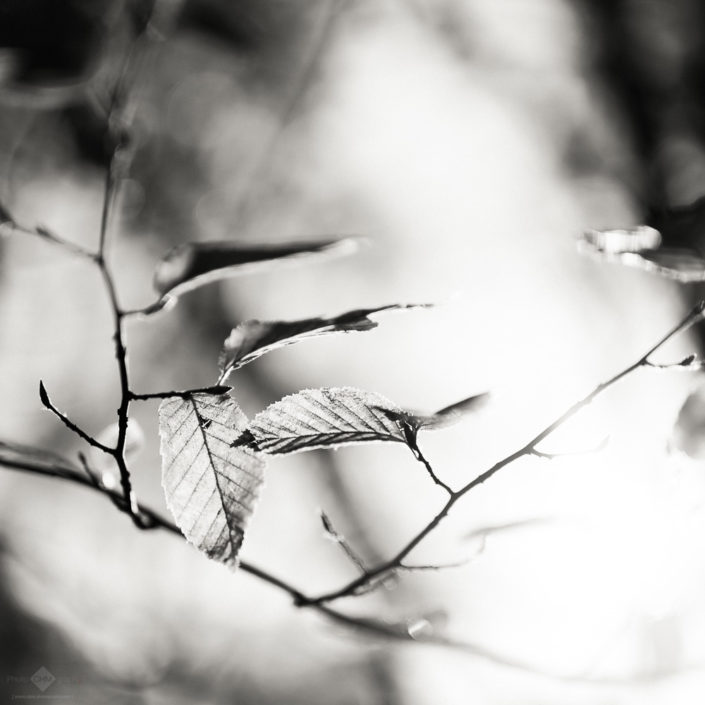 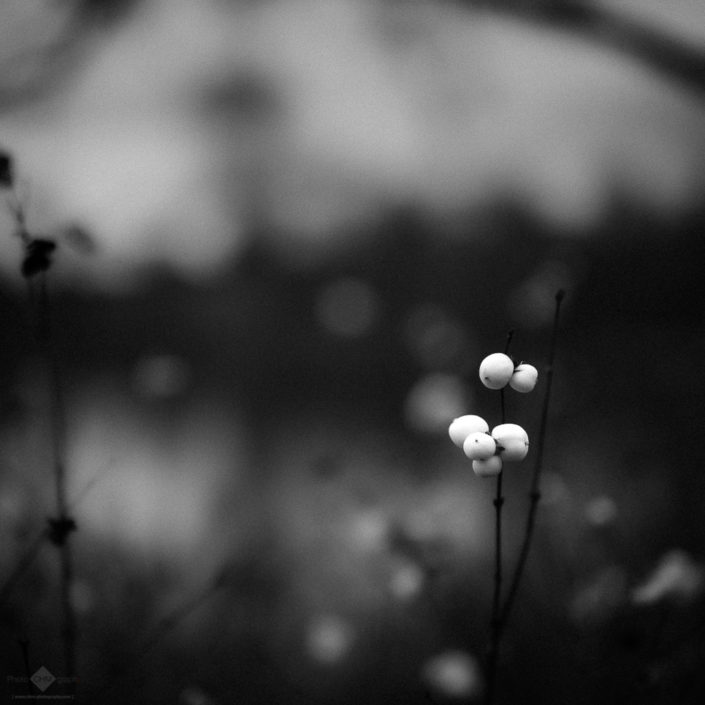 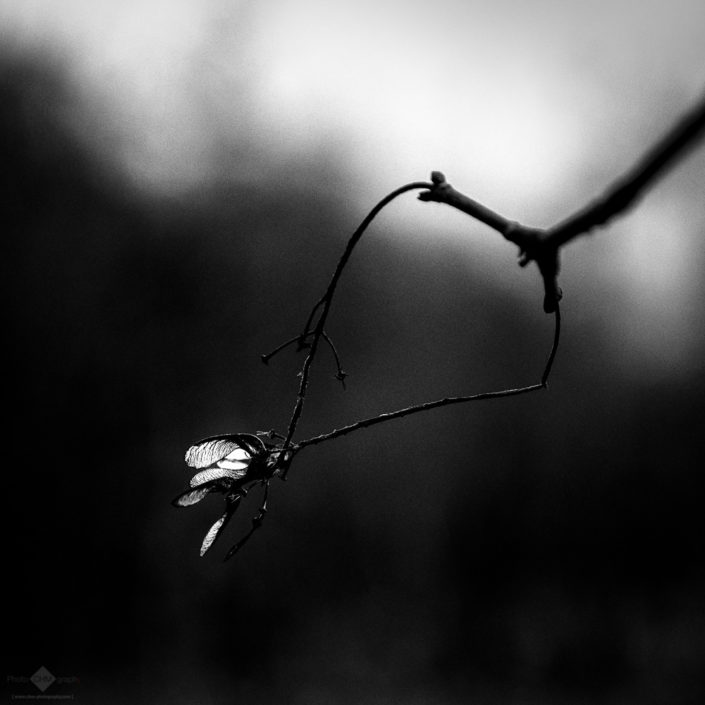 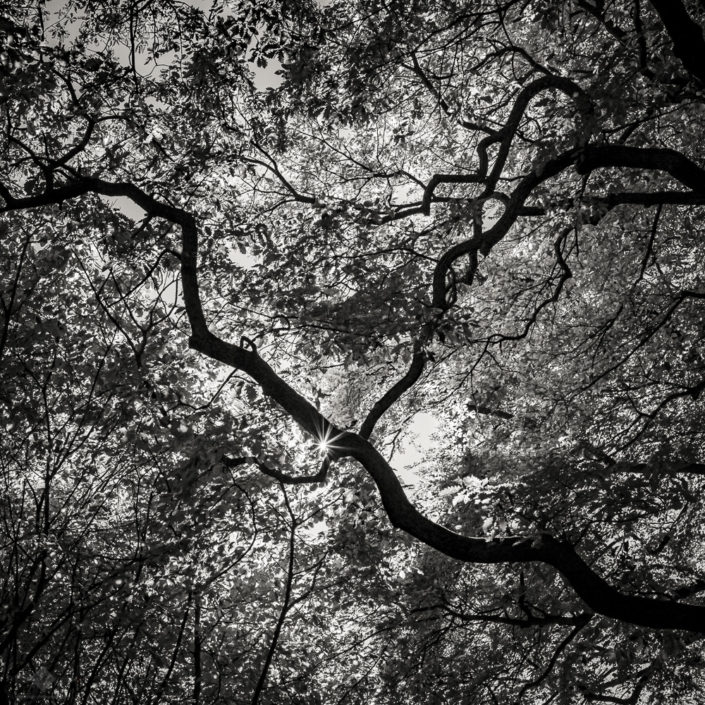 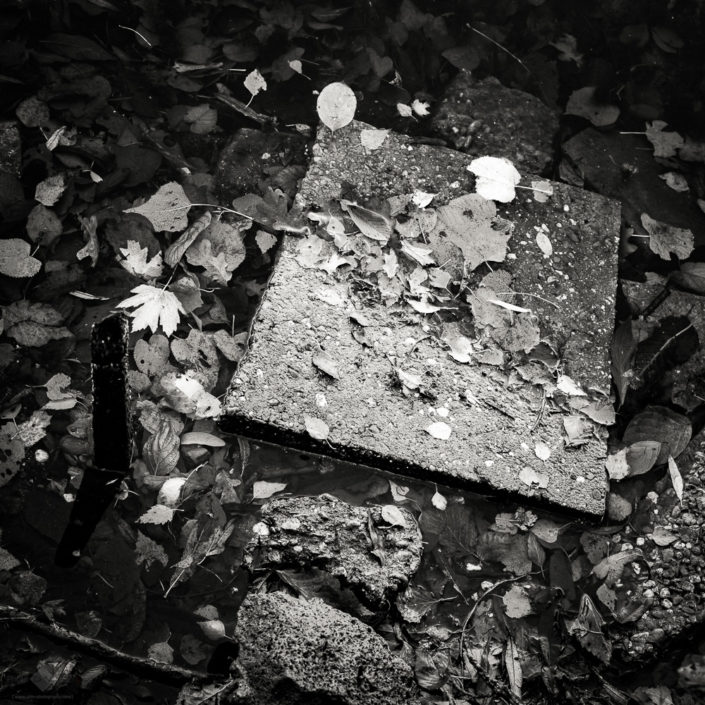 And my newly rekindled awareness extended to other locations, too. So I photographed all kinds of things in all sorts of places: Shopping windows protruding from house walls, a street lamp illuminating leaves of a nearby tree, chimneys peeking over the edge of a small hill, rust on the side of an old ship, patterns and structures in a frozen puddle or the dirty water of a canal, industrial heritage landmarks, landscapes, architecture, and (of course) animal portraits. 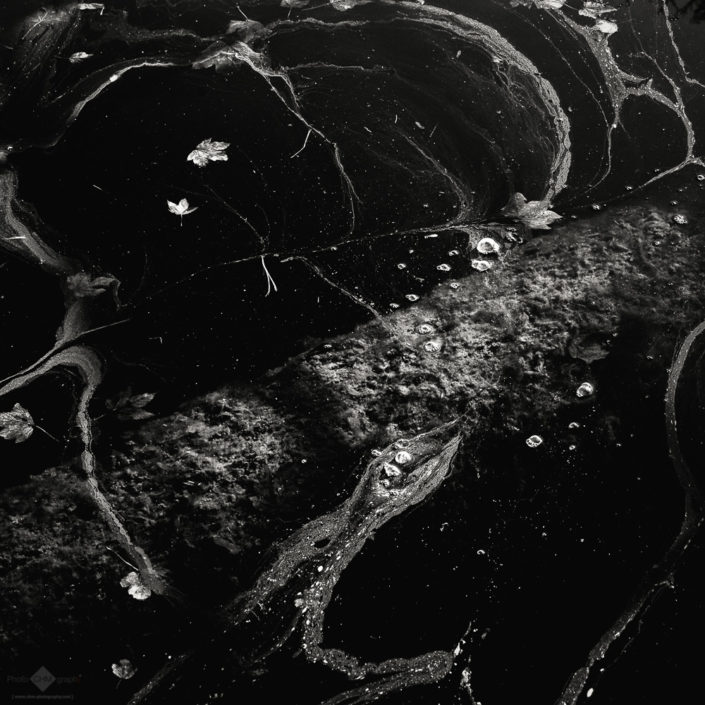 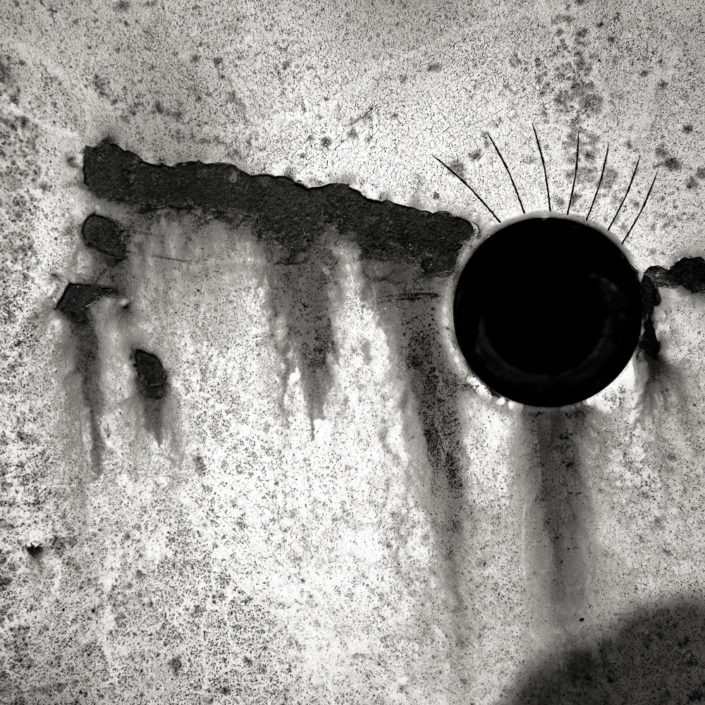 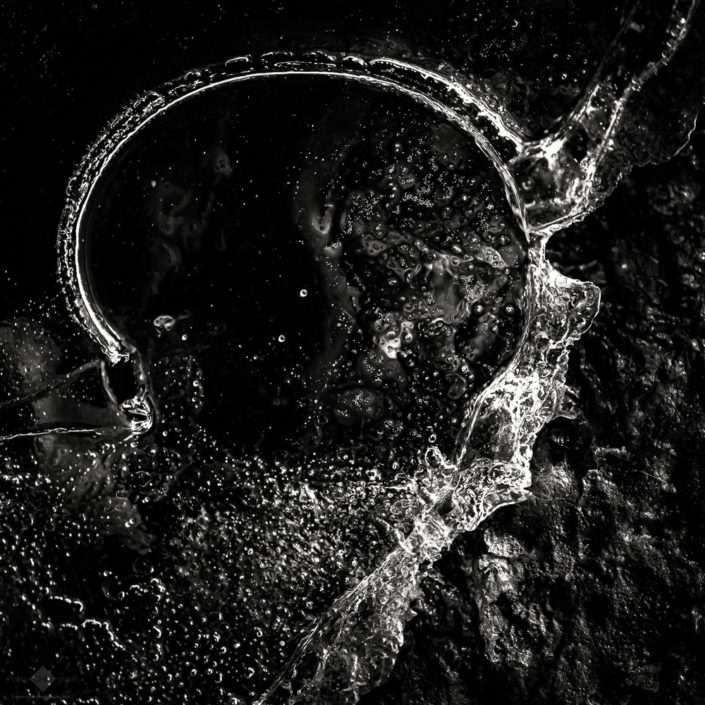 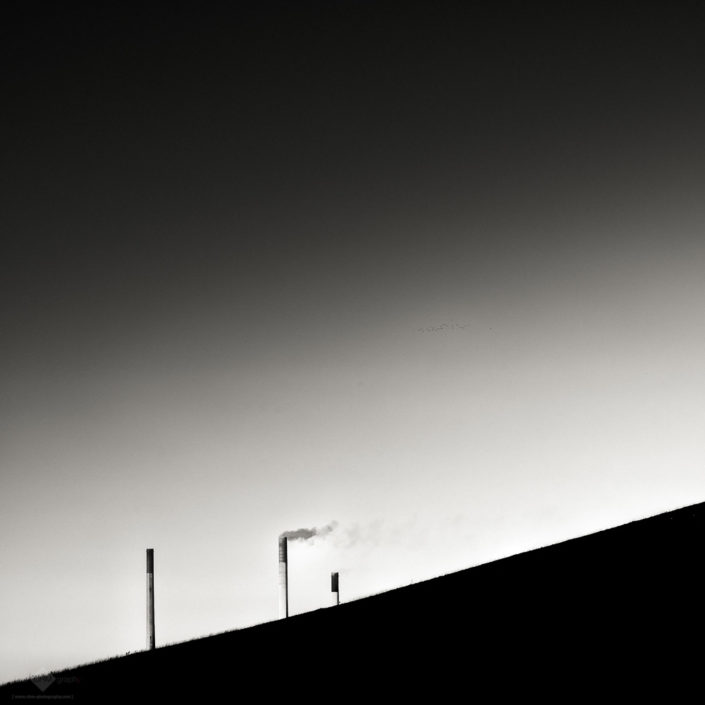 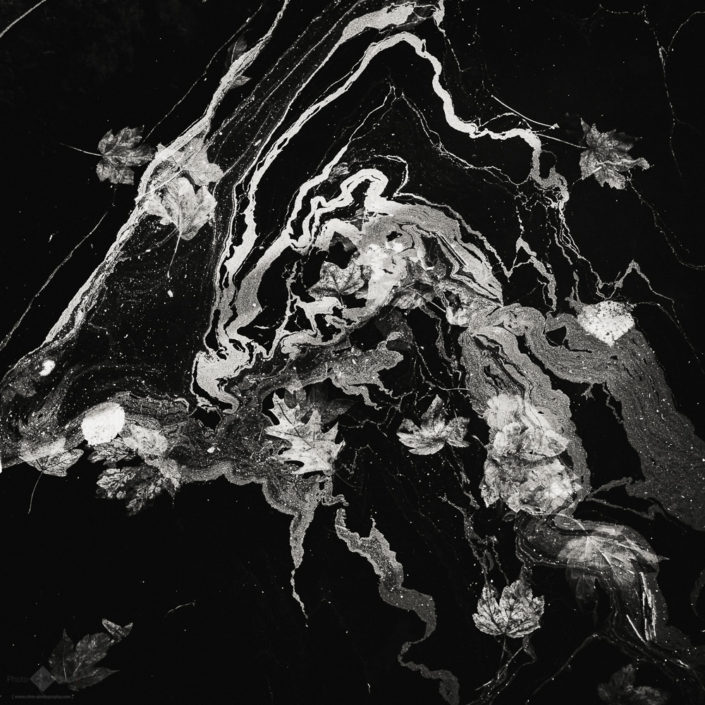 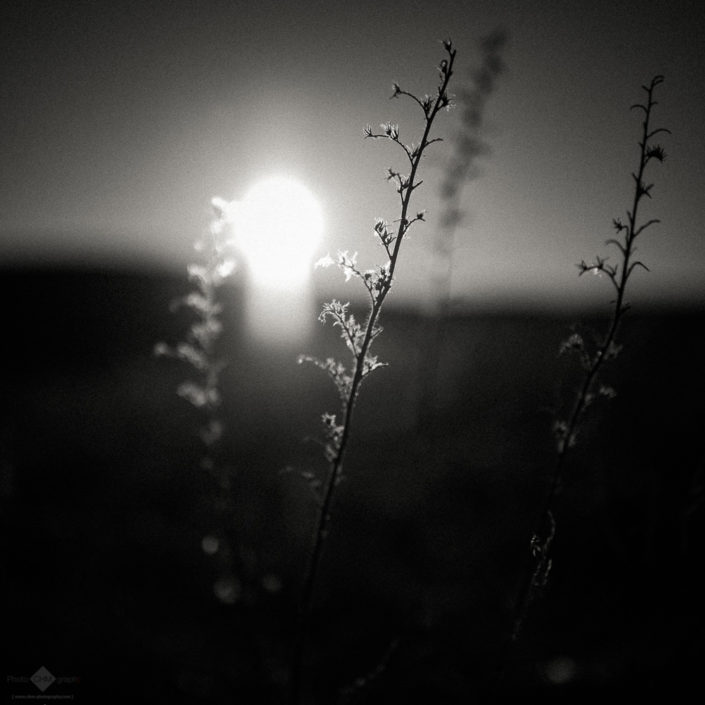 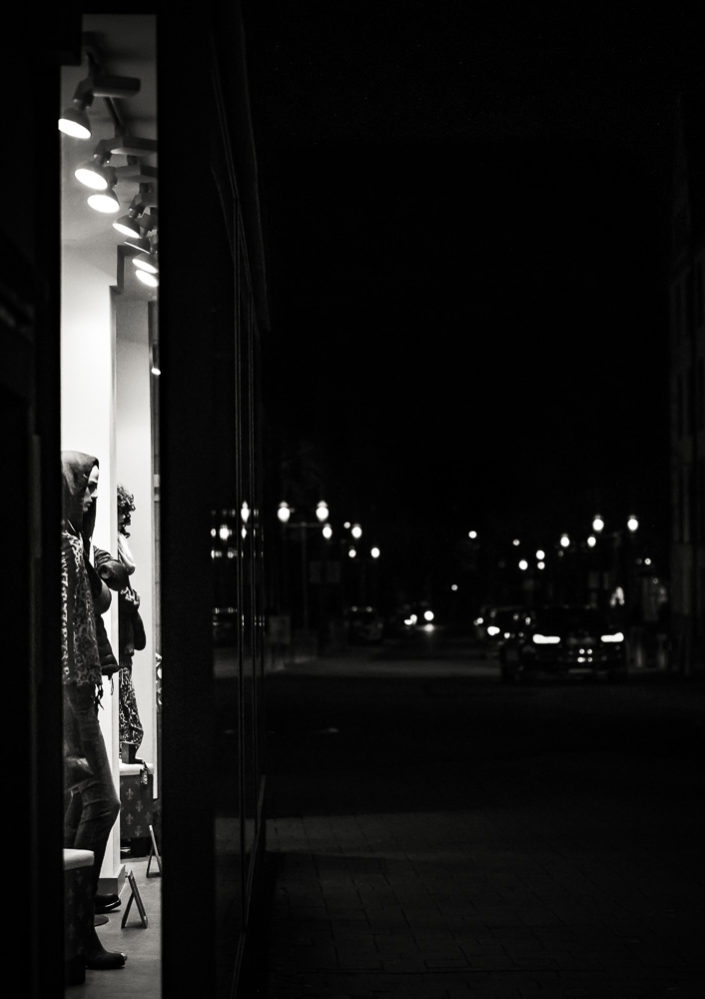 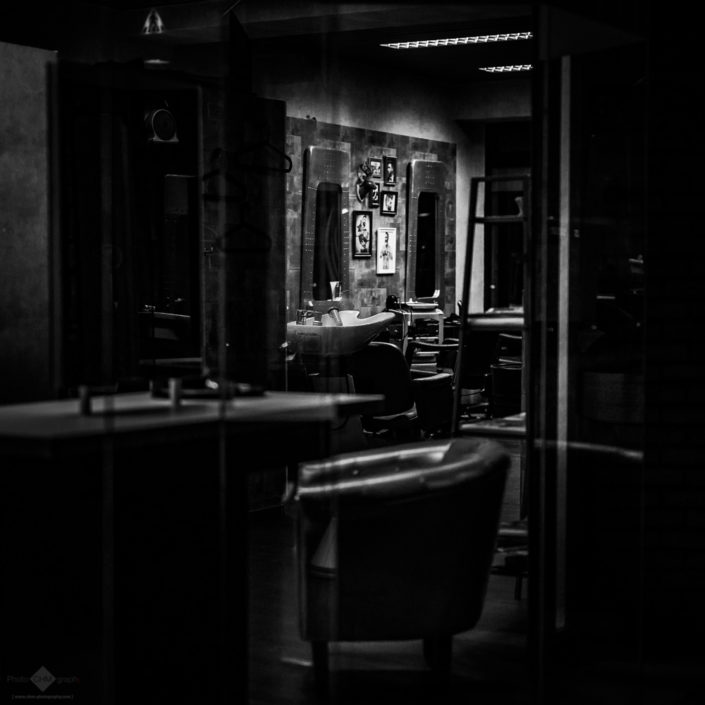 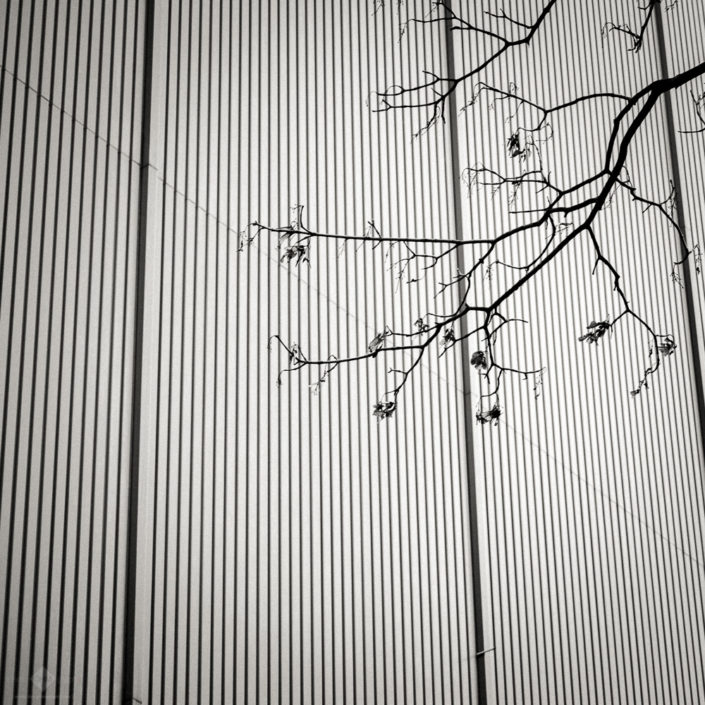 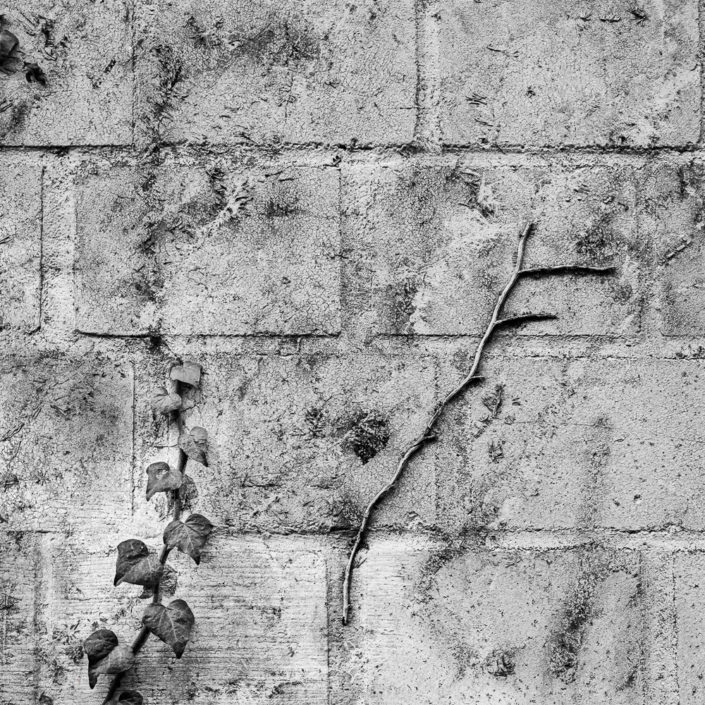 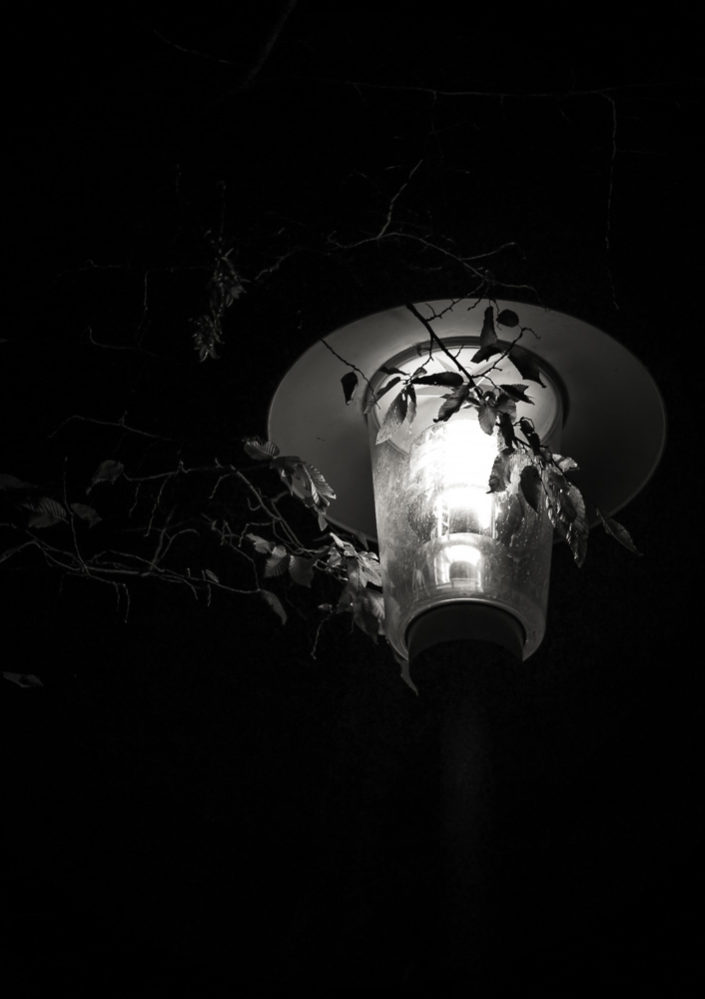 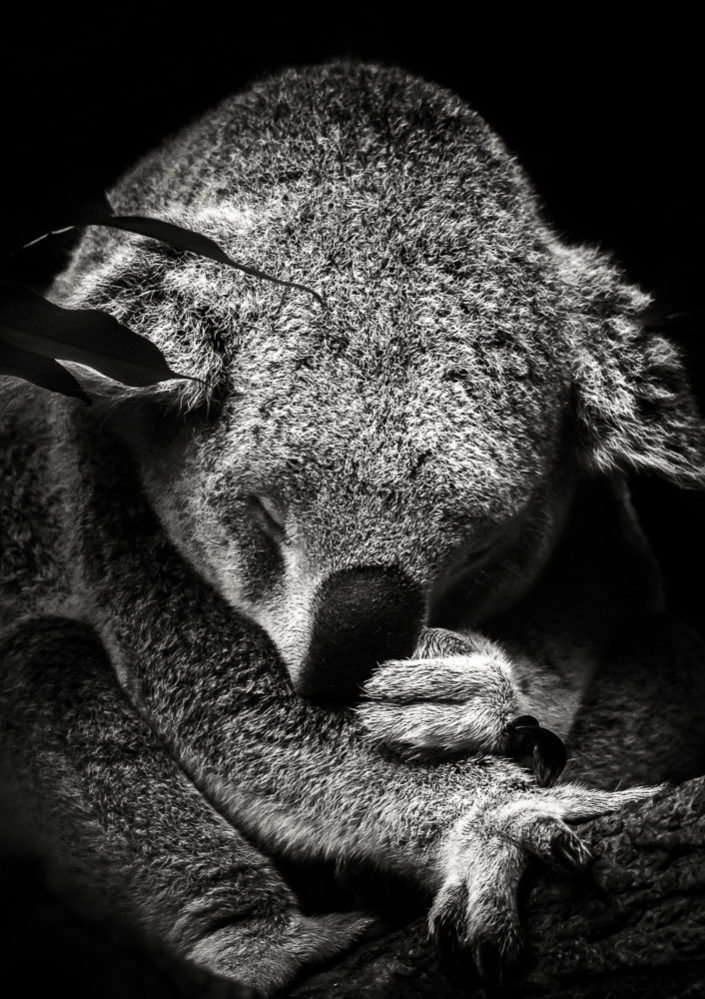 Not all of these photos are keepers and none of them will win competitions. But who cares. I enjoyed taking them nonetheless. And even if I deleted them later on, making them wasn’t useless. In the field, they were one step on my way to the next photo worth keeping.

Photography rules and other platitudes

Of course, there could be an easy explanation for this. Just surf the web, and you’ll find plenty of them. Most of them are platitudes, uttered semi-automatically without much thought. One of them could be, „Your new gear just inspired you.“ And there is a grain of truth in this. However, I don’t think it is that simple. Let me explain.

Another piece of common knowledge (aka as platitude) is that for good photography, you need good light. Photographing in the glaring sun of a hot summer day? Bad idea. It has to be the golden hour, or even better the blue one. Good (aka as pro) photographers, they say, know when to go shooting, and they don’t bother even to pick up the camera when the conditions are „not right. “ And they always burden themselves with getting up early enough or persevering in the field long enough pr climbing a mountain high or difficult enough to get the right light and the right angle.

I am not saying this is wrong. All of these are essential skills to have.

I just don’t think that it is that simple.

In my mind, there is a story to be captured and a picture to be taken in every situation. And a good photographer should be curious, open-minded, and wide-eyed enough to see and capture them. These skills, to me, are equally important as those mentioned above. And I have to admit to myself that without noticing, I got a little rusty in this respect. So, did the new gear inspire me? I am not so sure. It didn’t give me new ideas whatsoever, „inspiration“ may not be the right term. But it surely revitalized old virtues: Curiosity, playfulness, focus on, and enjoyment in the process instead of the result. In this way, it has blown away much of that old rust.

So what can I do to keep me from getting rusty again? Buying a new camera for a couple of thousand bucks isn’t a viable option. Once again, I find the answer in something I have already known for quite a long time: Don’t shoot for the result. Shoot for the joy of the process. Shoot for the learning. Don’t expect the resulting images to be good but be genuinely happy and thankful if they are. If you think something might work, then try it. If you don’t think something might work, try it anyway and learn from the failure. And never be lazy.