Having grown up in an important center of coal mining, shaft towers were a common sight in my childhood. Even though coal mining was already in decline when I was a kid and many coal mines already had been closed, the shaft towers were still there, often together with what was left of disused side buildings. Standing only 250m away from where I lived back then, the shaft tower of the Teutoburgia coal mine was a part of my childhood. Many families in the neighborhood still had mining backgrounds, and this includes my own family, too. My grandfather had worked on this very coal mine. Every morning when I would hit the street on my way to school, I would see the shaft tower, pretty much like this. 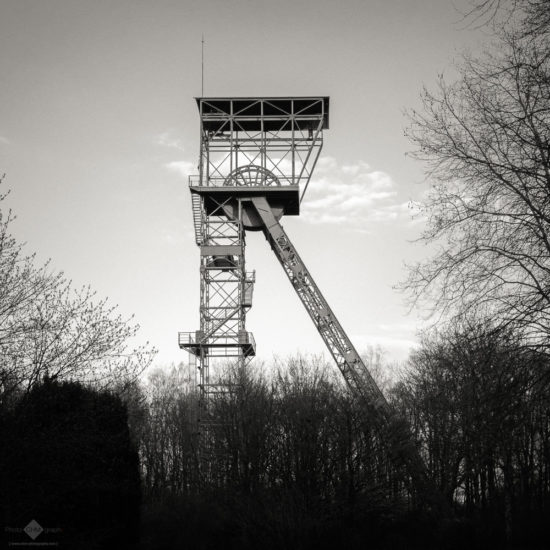 When I was in the area recently, I decided to stop by and pay a visit. Of course, much has changed since then. Today, the place has been turned into a beautiful little park with some art installations in it. One of the old mining buildings is still there, and, of course, the shaft tower, too, is still intact, serving as a landmark and a constant reminder of past glories.

It was strange to be there again because it didn’t really feel like home anymore. The sights were familiar, but they felt differently. I had moved on, and so had the neighborhood. It still is a beautiful place to live, probably even more now than it was when I was a kid. But it wasn’t „home“ anymore, not even in a nostalgic way. 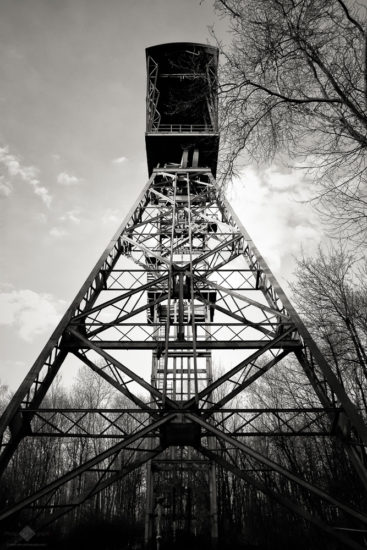 While I was there, I took two more photos of the shaft tower. I never got this close to it back then, so I was happy to see it from a new angle. When I had taken the second photograph, it felt like saying goodbye. I turned around and went home. 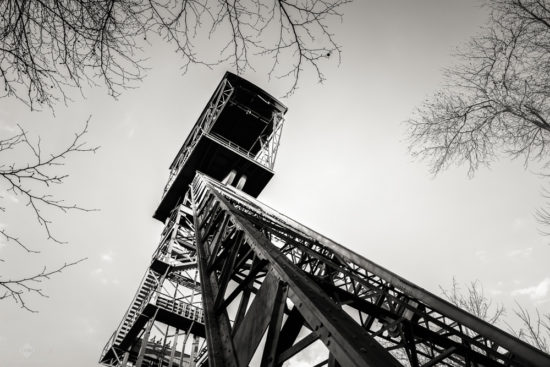