The Future of Silver Efex Pro Is Uncertain – Update

Read about Nik Software’s official response and provide feedback and feature requests to be forwarded to the developers. A call to arms, part 2.

In one of my recent blog posts, I reported that according to a support staff member the future of Silver Efex Pro was uncertain. This blog post caused quite a few people to speak up and express how disappointed they would be if the program was discontinued. Now, an official response reached me via the Google+ network.

Hello Christian, we appreciate the love for Silver Efex Pro!

We also want to apologize, as it seems there was a misunderstanding.  The support agent you spoke with was not speaking on behalf of the development team when she mentioned the uncertainty of a Silver Efex Pro update, she only meant to reiterate that we don’t have any updates on upcoming updates/versions of Silver Efex Pro as we generally don’t provide information until a release date.

We are always very happy to receive such support from photographers, as it is photographers like you that keep us motivated!

While my initial reaction was a feeling of relief, the more often I read this statement, the more striking it becomes to me how little it actually says. They sort of deny everything their support team member said without actually making an alternative statement. Right now it is as if they had not responded at all.

Now, I respect the company’s information policy and this blog post is not about urging them to change it. I’d just like to give them a little more motivation. So here is my extensive list of feature requests for Silver Efex Pro 3 which may or may not be released and nobody knows when and if this is going to happen at all. 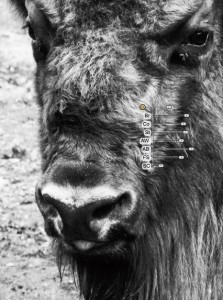 Control Points are great, but they are only the beginning. The Nik wizards have already shown us what else can be done in terms of a more powerful UI in Analog Efex Pro 2. I’d like to see:

Control Points are often great. I think of them as content aware masks on steroids. But sometimes they are a hassle, too, and just not precise enough. Try to create a mask along the straight lines of a tall building and you’ll know what I mean.  A powerful brush tool could make some things much easier.

The Burn Edges tool should be replaced by a decent Gradient tool, just like in Lightroom. This could also be listed in the Control Points Enhancements section of this list. I’d love to be able to create a gradient and then apply all the adjustments of a Control Point to it.

Thanks to Charles Lupica for suggesting this one. Others have it, Silver Efex needs it. Analog Efex has selective focus features that go above and beyond almost anything on the marketplace. Just move them over to Silver Efex – done.

Halos are the arch enemy of every SEP user. They are ugly and very often they are inevitable. Nobody likes them, few can stand them. Please get rid of them.

I am no developer, I just take photos, so I don’t know whether these feature requests are realistic or technically possible at all. But as far as I am concerned, these are the quintessential requests for Silver Efex Pro 3. Do you disagree or do you have additional requests? Please let write them down in the comments. Let’s create the unified Silver Efex Pro 3 feature request page. I’ll gladly send it to the developers.

I wish that Nik/Google had a community input such as Topazlabs have – they feed off each other and there is a creative energy – a synergy of user and developer which works very well.

I still think that SEP2 even as it is will still be the industry leader in 10 years time!