Usually, photographers think that a good photo needs the best light possible. The more, the better, and it is best controlled and directed by lamps, flashes, diffusers, and reflectors. In my work, I explore an entirely different approach. I ask myself, how little light an image actually needs. This method often is not a creative choice but a necessity that my subjects introduce to the shoot – I shoot portraits of wild animals in zoos. 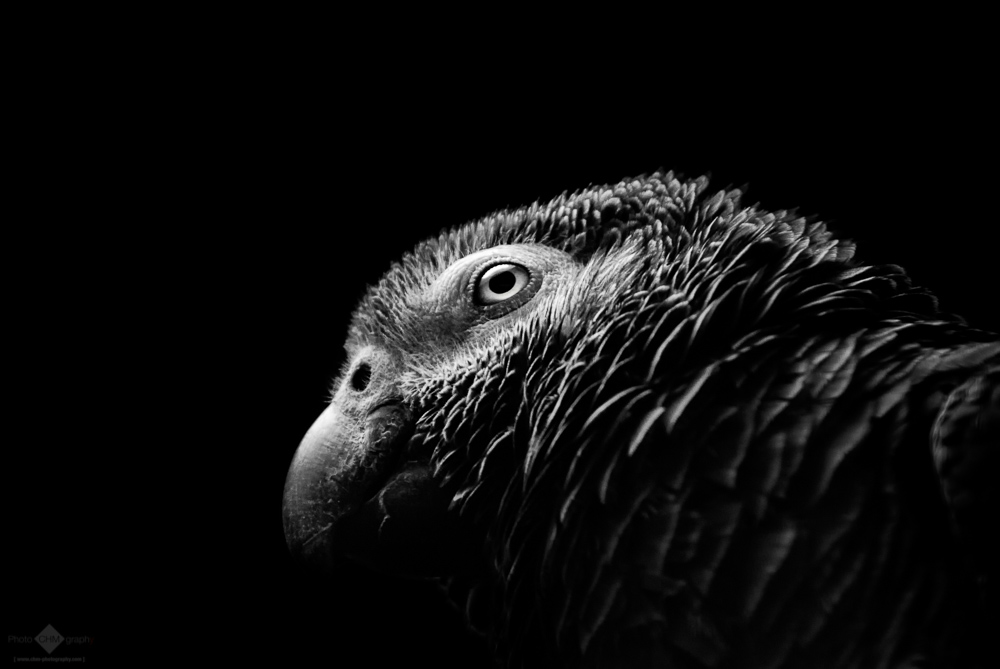 How dark can an image be before people feel it is too dark? Even though I often create my work with that question in mind, my photography is not exactly low light photography in the traditional sense of the term. The RAW files usually are correctly exposed, only sometimes slightly underexposed. Only in post-processing, my images become low key photographs. The background very often is completely black and dark tones are predominant on the subject as well. But: At least one small area of my image (preferably the area where I want to viewer’s attention to go first) is very bright and touches the right edge of the histogram. Otherwise, very often the image is just too dark. 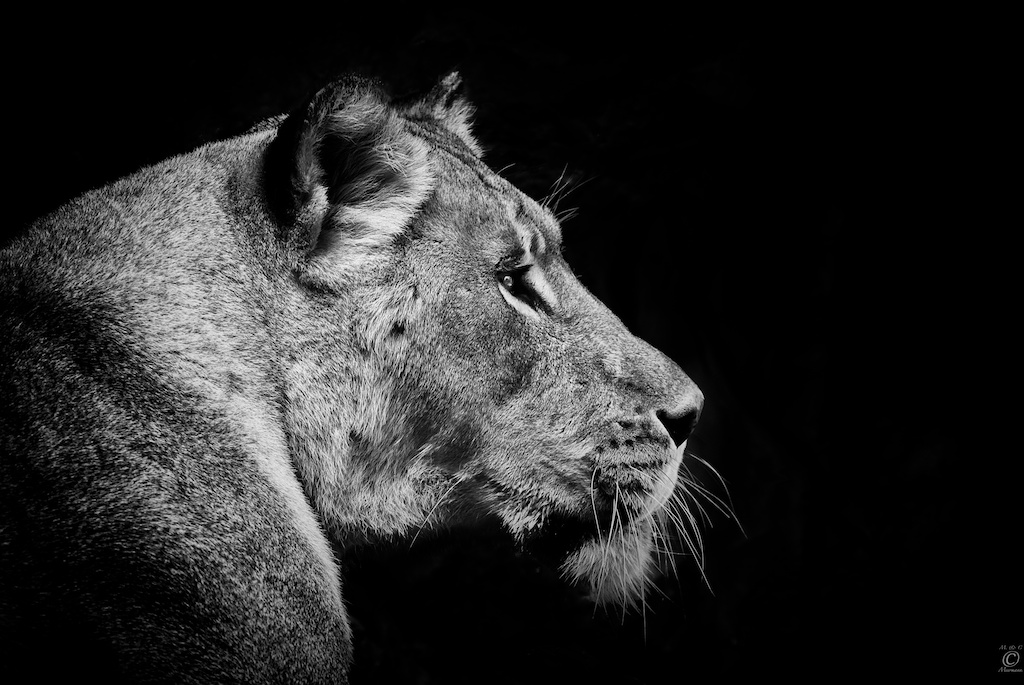 I have taken this photo in my local zoo in Gelsenkirchen, Germany. The original image is only mediocre in quality, due to a thick window which (fortunately) separated me from the lioness.
The lioness had apparently seen something in the distance and therefore stopped gnawing on the meat and the bone that had been this day’s meal. The lioness just sat there and didn’t move. Then she saw something particularly interesting. The whole body tensed a bit, she slightly lowered her head and seemed to be immensely focused, just like only big cats can be. That’s when I pressed the shutter button.
This image became the very first in a long series of monochrome animal portraits on a black background. The idea to try a black&white conversion came to me because I wanted to get rid of the blood stains on the fur that the lion had acquired while eating. Before the conversion, I had no idea how fascinating the fur would look without color.
I decided to completely blacken the background because I wanted to remove the bone that peeked into the frame from the lower edge. I did it in Nik Silver Efex Pro 2 because the content aware masking provided by the apps proprietary Control Point technology made it easy for me. I finalized the process using a very soft adjustment brush in Apple Aperture. The background had been darkened considerably in Silver Efex so that I could tell aperture to only apply the brush on the dark areas of the image. This, again, made masking and selectively manipulating the picture very easy for me. This way, I could keep the detail in the hairs and the whiskers without much hassle and yet very precisely.
Removing all distractions in this way is a great way to not only emphasize the texture of the fur but to turn it into an interesting subject in the first place. Honestly: Would you really look at and appreciate the fur in the original image? I certainly wouldn’t. On top of that, this process emphasizes the intensity of the lioness’ gaze. In short, this technique turns a pretty boring profile shot into a highly interesting animal portrait. 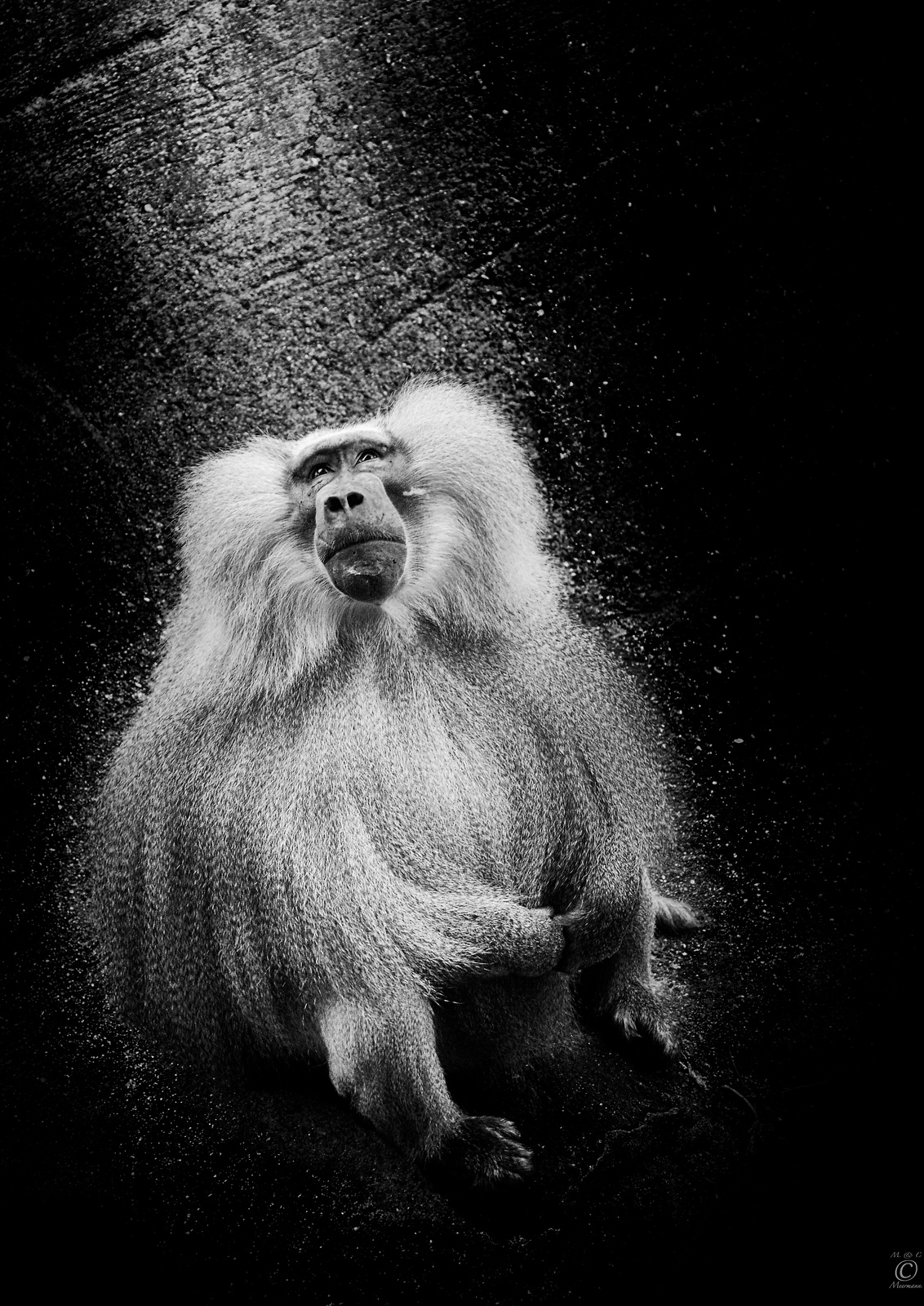 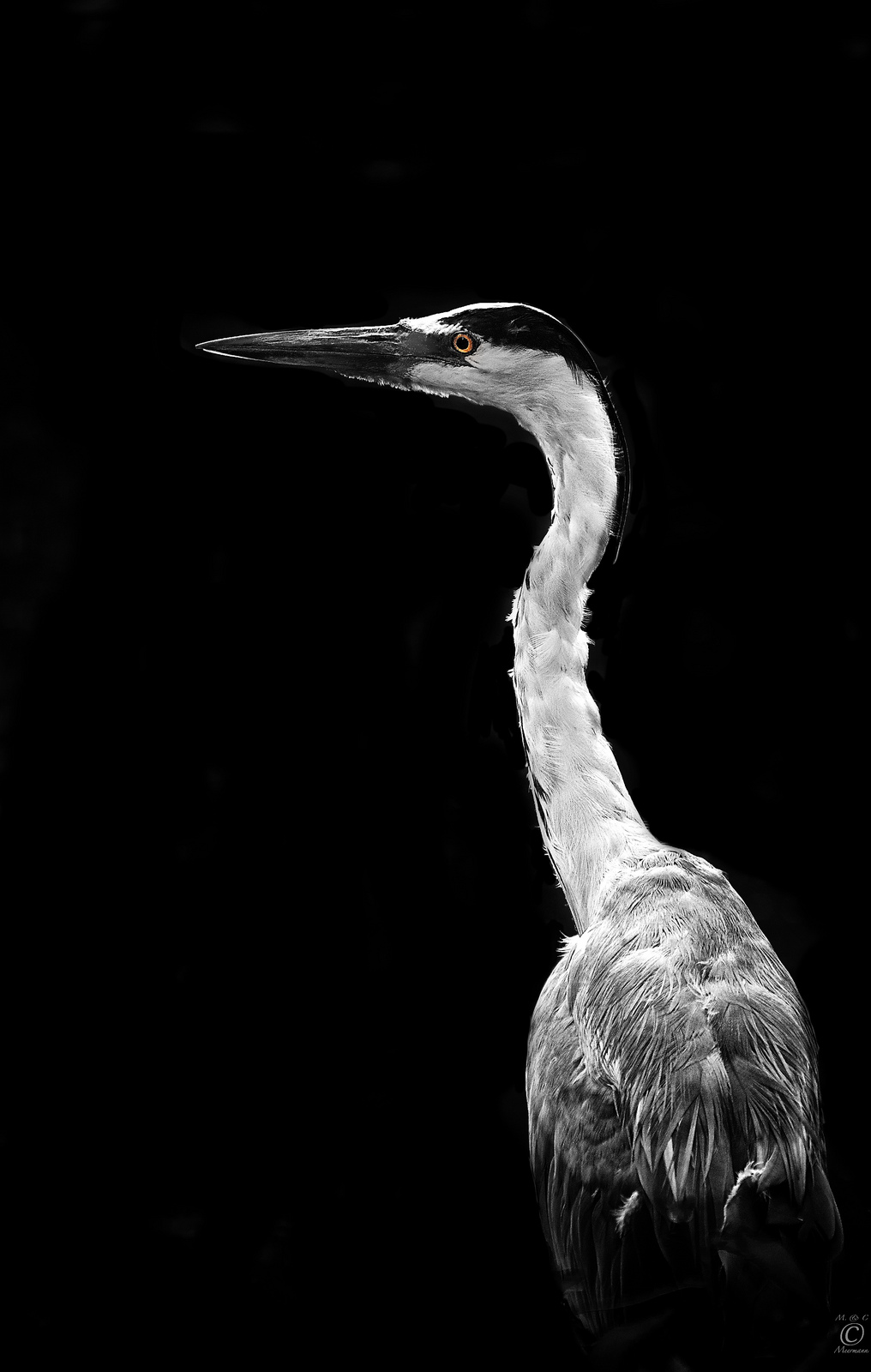 True artists usually have some idea of what they want their images to look like before they even pick up the camera. This is called previsualization. With animal portraiture of potentially deadly animals in zoos, however, this usually doesn’t really work. Who can seriously say what the animal does next, where it turns, what the facial expression is going to be or if it is going to hold still just one more second? When shooting animals, you have to take what you can get and not be too picky about it. And because it is almost impossible to know how the numerous interference factors that you have to deal with in zoos affect the shot, very often its success or failure is decided on the computer in post. 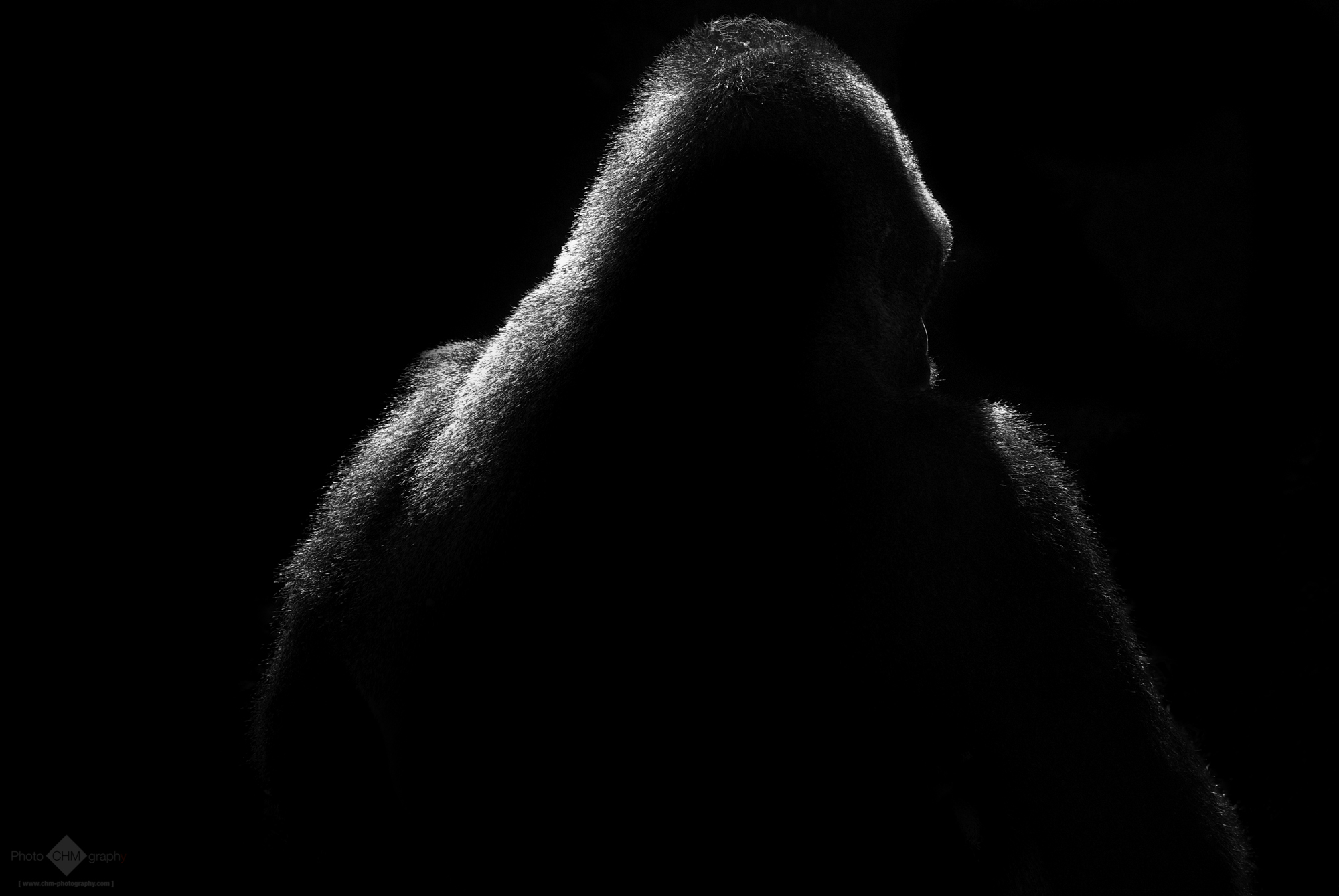 This particular shot is one of a few shots that I had a clear vision of what I wanted the final image to look like before I took the shot. The window was extremely dirty and dim, and the sun was behind the gorilla, not only causing a backlighting situation but also creating pretty intense highlights on the Gorilla’s fur. And as if this wasn’t bad enough, the gorilla had turned its back on me.

Fortunately, I knew that for the shot I had in mind I only needed the animal’s outline, so I took some frames anyway. Initially, the working title in my mind was „A Shoulder to Cry/Lean on.“ However, after I had finished processing the image, to me the gorilla looked more like beaten who is just leaving the ring, or like a politician who has just lost an election and who, now being insignificant, turns away from his audience. So I called the image „Stepping Down“ and used it on FlickR to raise awareness for the dire conservational situation of this species. This image also kicked off a small series of Stepping Down photos that show other equally endangered species in poses of defeat, grief, and weakness.

To make animal portraits more interesting, you sometimes have to spice them up a bit, for example by recreating a certain lighting that wasn’t there in the field. And in the process, we can also solve another problem that comes with blackening the background.
Extremely sharp edges between the animal and the blackness often feel pretty unrealistic, as if the photo of the animal was cut out and pasted on black paper. The picture “Watusi on Black” is a good example. Take a look at the unprocessed original: 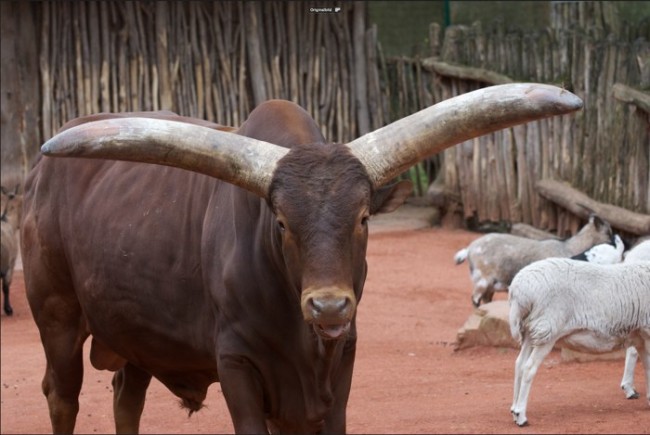 In the first step, I opened the image in Silver Efex Pro for the black&white conversion and the initial darkening of the background. 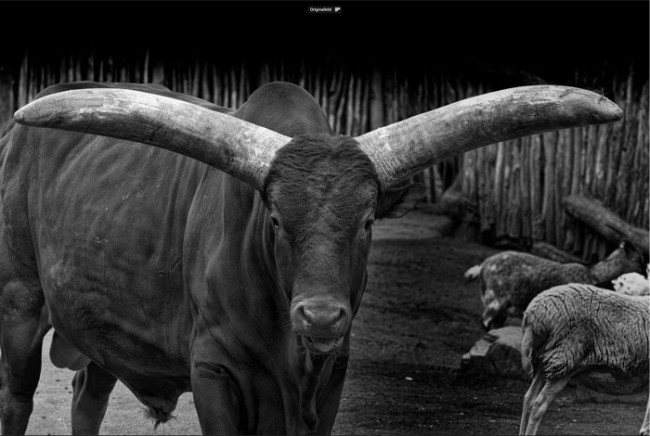 Then, back in Aperture, I used the Burn, and the Curves brush to blacken the background entirely. 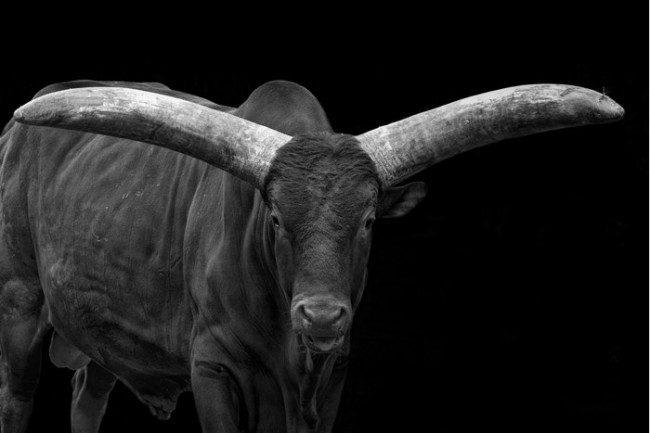  Then I sent the image back to Silver Efex Pro 2. Using Control Points, I created wonderfully smooth transitions between the black and the brighter areas of the image. By adding shadows to the picture, I created entirely different lighting which makes the image look more realistic and more interesting. 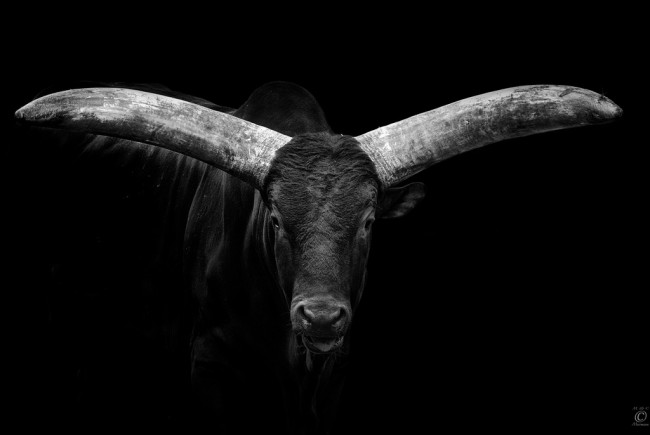 A Spoonful of Color

Even though I am aware of the fact that most photographers out there dislike color keying to agree that can easily be called dogmatic, I openly admit that I like the effect pretty much. Sure, I have seen horrendous images with selective coloring out there. However, if used correctly (which means subtly), a little color accent can add a lot of impact and interest to a black & white image.

In monochrome animal portraits, it is often the eyes that can benefit from a little color, especially if the animal is looking straight into the camera, thus establishing eye contact with the viewer. Here are three examples with the declared intention to save a legitimate and intriguing form of artistic expression from undeserved condemnation. 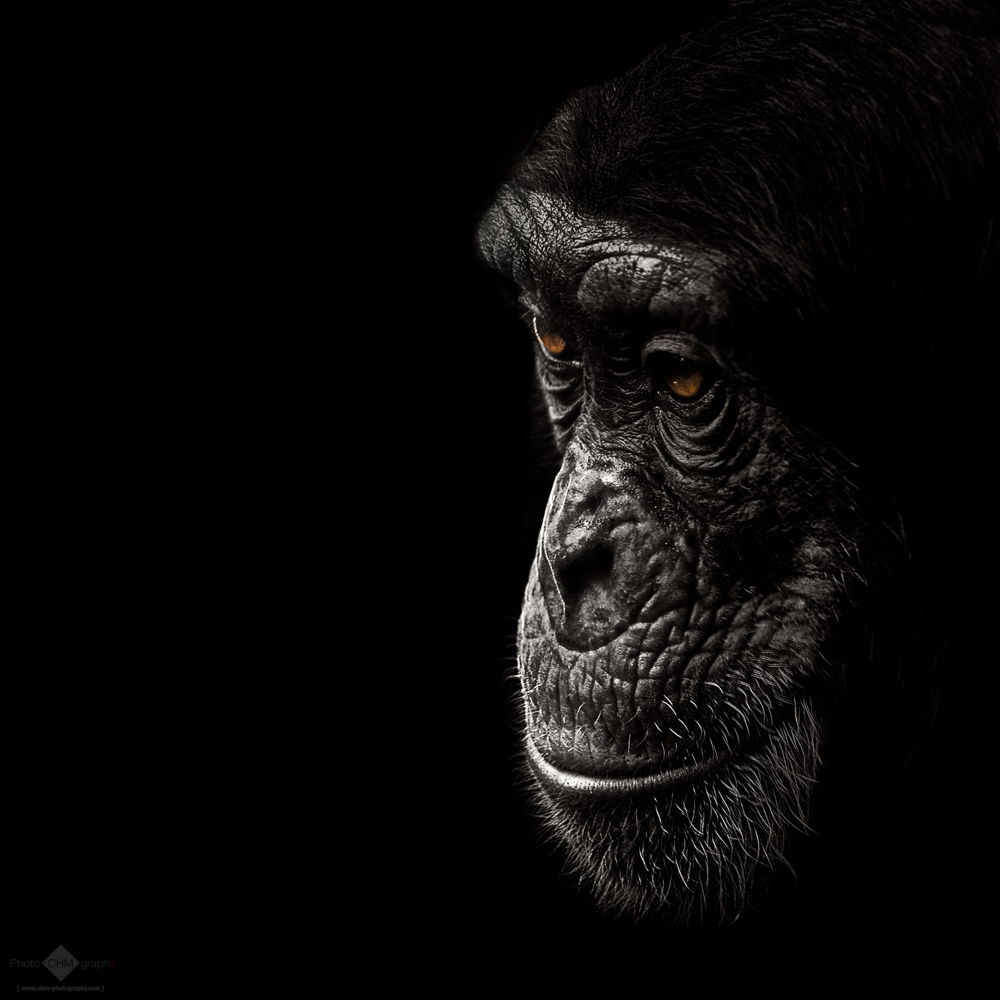 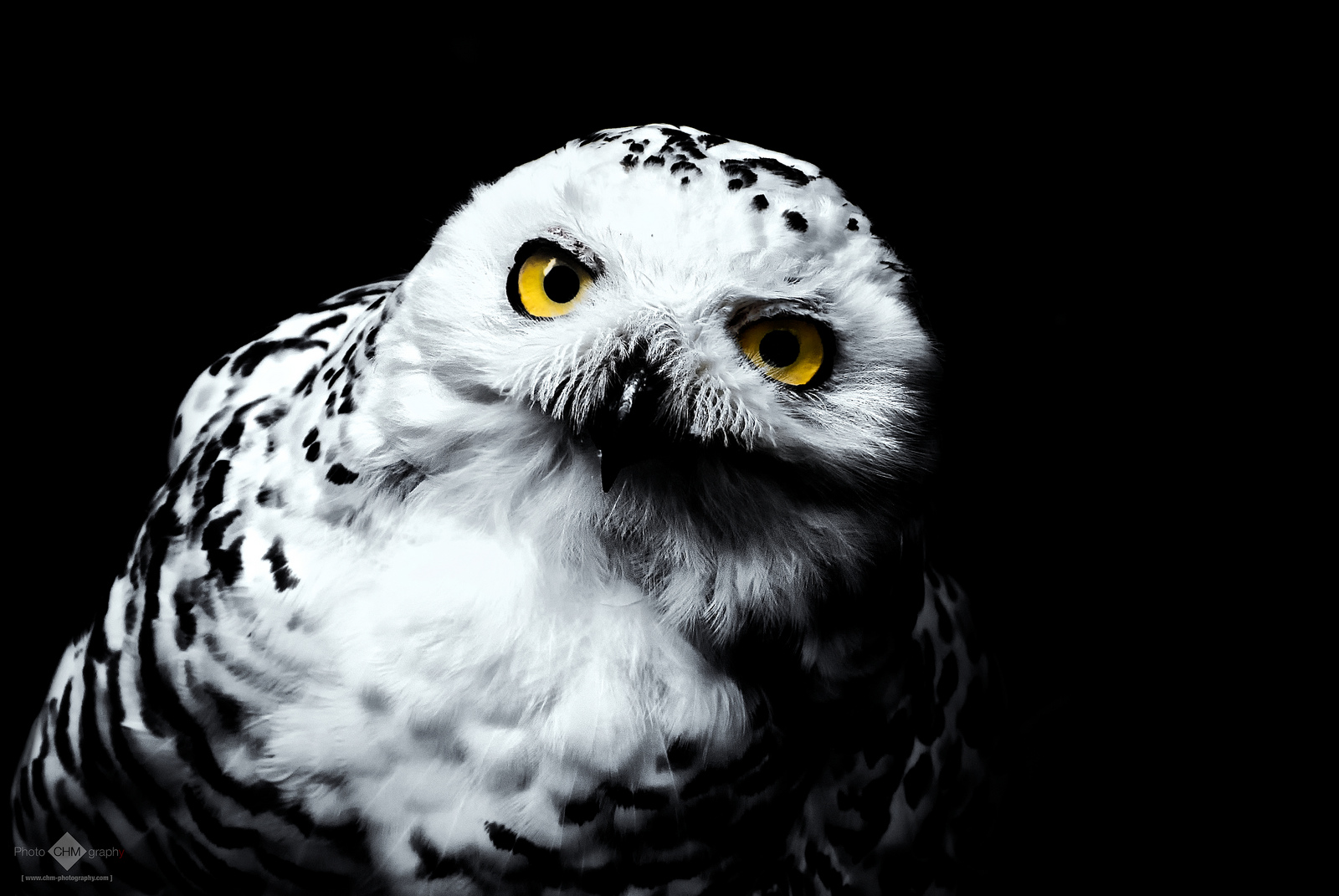 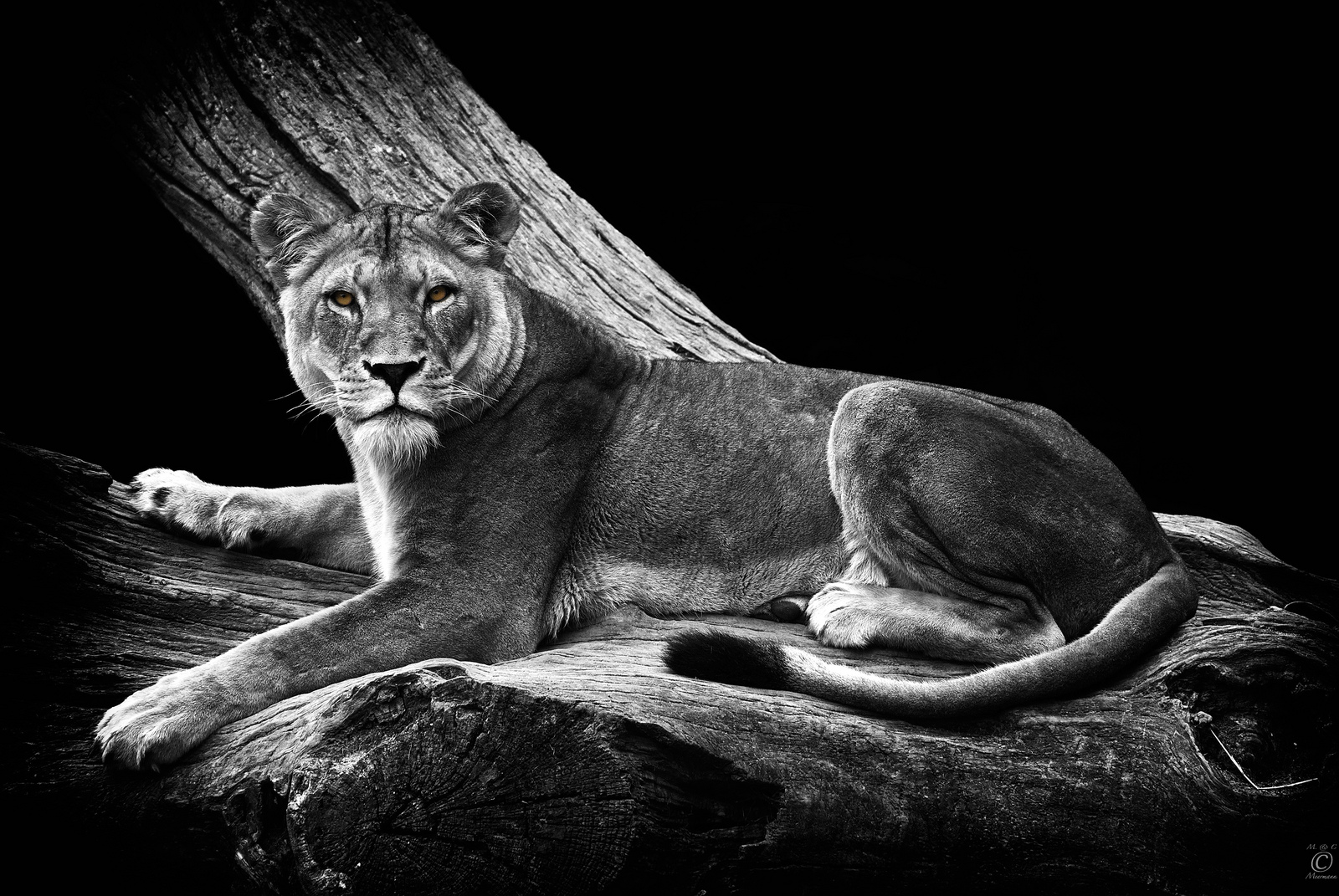 These two sentences have become an integral part of my photographic agenda. In the future, I plan to buy a macro lens and extend my agenda to this photographic genre. I think it will relate to my animal portraiture very well because in almost all of my animal portraits I try to get as close to my subject as possible. However, most macro photographs of flowers and insects are very well lit, so there is still a lot of work to be done to explore the dark side of this genre.

In summer I will walk the Hadrian’s Wall Path and hopefully capture some beautiful landscapes. I do not know what opportunities I will find on the trip, but one thing is certain: Some of the images will be in low key.

I hope that in this article I could provide some inspiration for you to open up to darkness and explore it as a playground for your creativity. 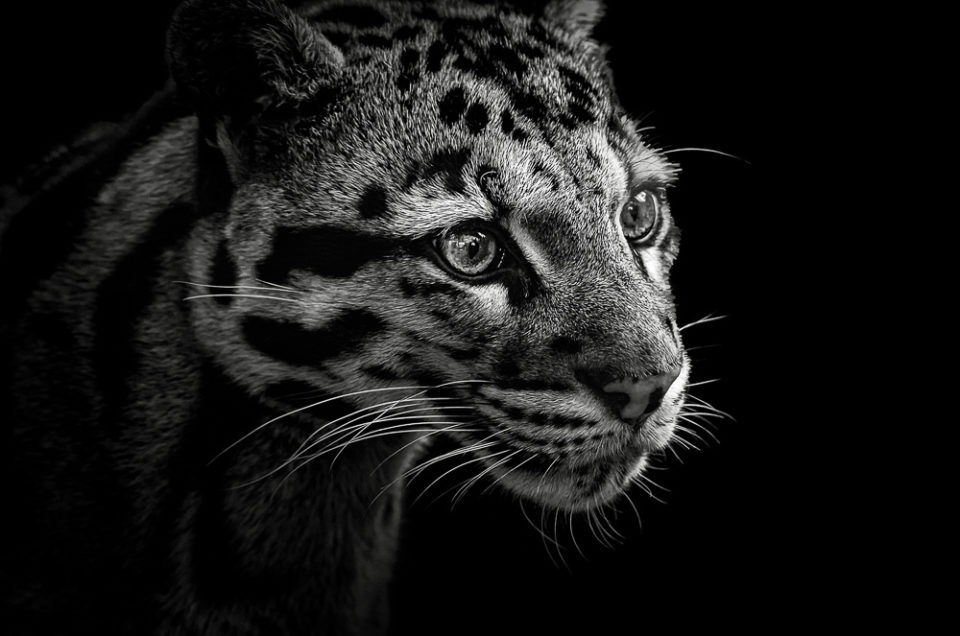