Trips into the Past I – Decontextualization at the Zollern Colliery

Photographing exhibits in a museum is boring? Not necessarily. This is the first of a series of blog posts all about photographing historic items, buildings, and places. I will explore and discuss simple techniques (like framing and decontextualization) which reintroduce the patina of age and history which so often is lost in sterile and well-lit exhibitions. These techniques will span the shooting process in the field as well as digital post-processing techniques. None of them will be very complicated which is why we will focus on the effect they might have on the viewer rather than how they are executed in the field or in software.

Industrial Heritage of the Ruhr Area

The Ruhr Area in Germany is quite a unique place. In the last 200 years of its history, it has not only grown from an entirely irrelevant rural area to one of the biggest centers of mining and steel industry in Germany and Europe (with all its ugly side effects on the environment). It has also become one of the most significant metropolitan areas in Germany and the 5th largest in Europe. In its heyday, there were almost 300 active coal mines as well as countless steel mills and cokeries. The whole area was a sea of shaft towers, smoking chimneys, black faces and dirty air. Over the course of almost two centuries, the area has been a magnet for many waves of migration from many European countries, including Poland, Turkey, Greece, and Italy. This way, the area has become an unbelievably colorful and diverse cultural melting pot in the heart of Germany.

With coal mining declining, the Ruhr Area is a vast ongoing experiment of structural change now. Tens of thousands of workers and their families had to leave the mining and steel industry over the course of the last 4-5 decades. In addition to that, the whole area had to change its face. If you climb one of the viewpoints of the region in summer today, there are hardly any chimneys left. Instead, you will find yourself amidst a sea of green trees. Many industrial sites have been disassembled, but some remain today as museums, parks, recreational areas, and event locations.

In my ongoing endeavor of photographing the industrial heritage of the Ruhr Area, I have already photographed quite a few places and shared many images. The “Landschaftspark Duisburg Nord” has a dedicated section on my website. The photographs from my series “Silhouettes” were taken on the “Halde Haniel,” a former coal tip which today is a park with a mysterious art installation on its top. So, in a way, they are predecessors of the new Trips into the Past series.

Framing and Decontextualization in a Museum

In this post, I will focus on framing the shot. The decision what to include in the frame and what to leave out is one of the first decisions we make whenever we take a picture. This is pretty much common knowledge. In museums, however, this becomes especially important. Often, access to the exhibits is limited, and therefore so is the variety of angles we can choose from. If we can exclude everything which is modern from the frame, then we are a great deal closer to capturing the historic spirit of an item, turning them into a window into the past. So, by framing wisely, we achieve decontextualization.

I took some photographs with this approach. Decontextualization can either be achieved by getting really close or by using an extremely shallow depth of field. This is why my macro lens and my f/1.8 prime lens are always in my bag whenever I visit a museum to photograph.

Here are four examples from the Zollern Colliery museum which illustrate this approach.

This is the kind of hard protective case you can otherwise only see in old movies or history documentaries. The battered leather and the well-used metal clasp certainly have a beauty of their own. 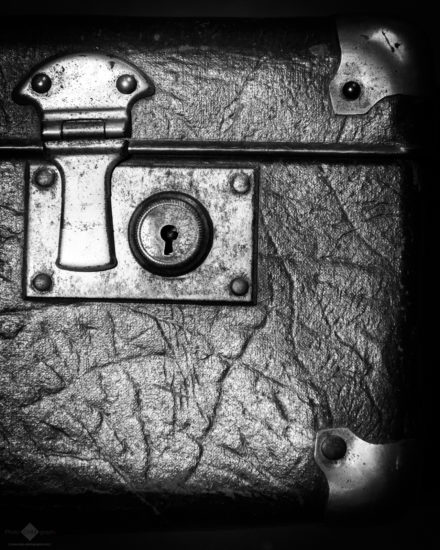 Old Suitcase. I decontextualized this object by darkening the background. This also helps to drive the viewer’s focus to the textures of the suitcase and the clasp.

This is a special image for me because I remember my grandmother owning a similar radio. The textile grille cloth and the frequency dial display smack of the 50s and 60s – and bring back sounds, smells, and sensations which I had long forgotten. 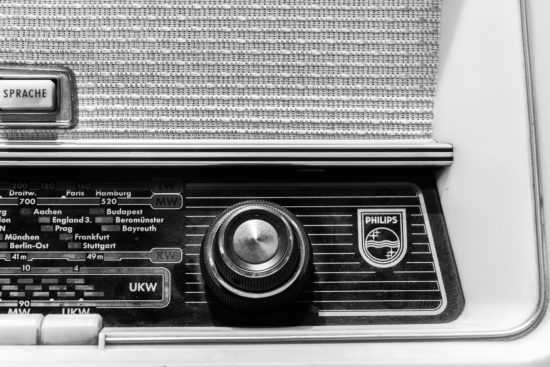 Here are two examples of using a shallow depth of field to decontextualize the subject, thus removing the sterile feel of the museum surroundings, allowing the viewer to focus on what the object itself can tell us about the past. 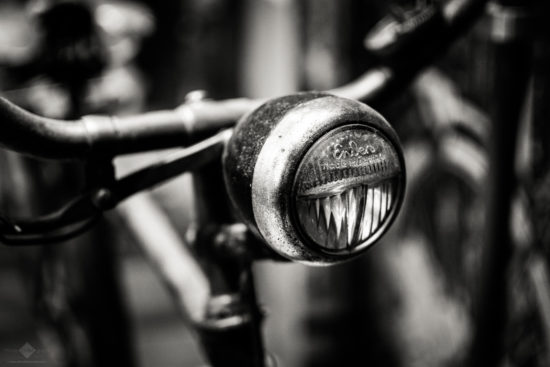 Enders Bicycle Lamp. The background is quite blurred this obscuring details – a good example for decontextualization. 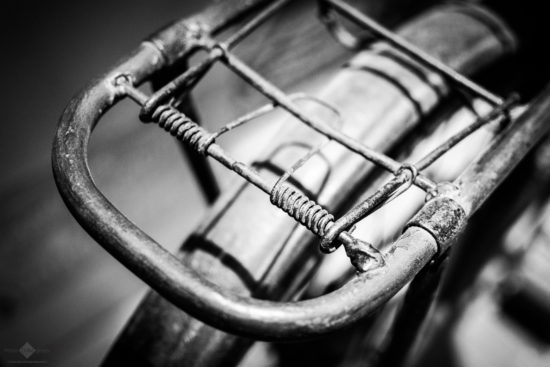 The Zollern Colliery took pride in being the first coal mine in Germany using electric machines to drive the pit cages. Today, these machines are showcased in the so-called machine hall. As you can see in the image below, it doesn’t get more sterile and boring than this. 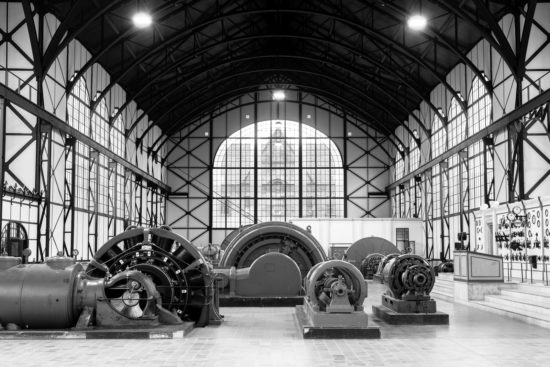 However, if you move in and pick your frame, lens, focal length, and aperture wisely, then you can tap into the stories the machines have to tell. The idea is to hint at stories of the past without telling them in detail. 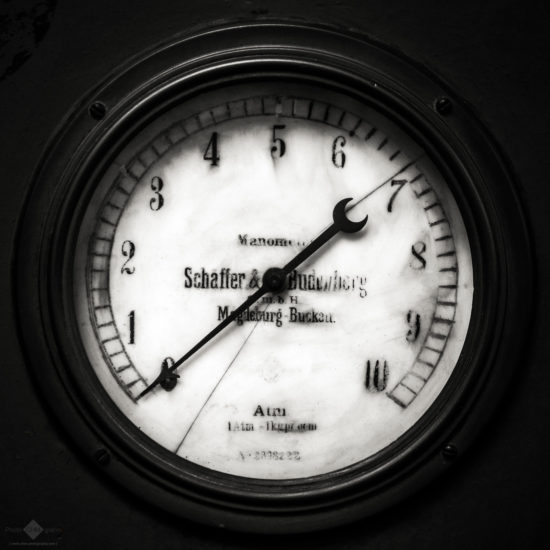 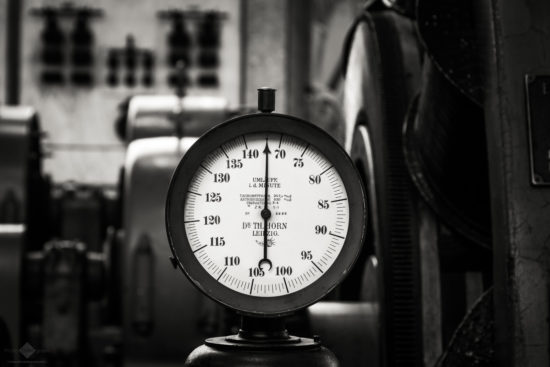 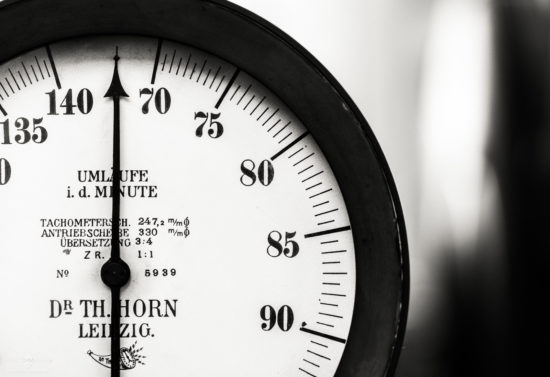 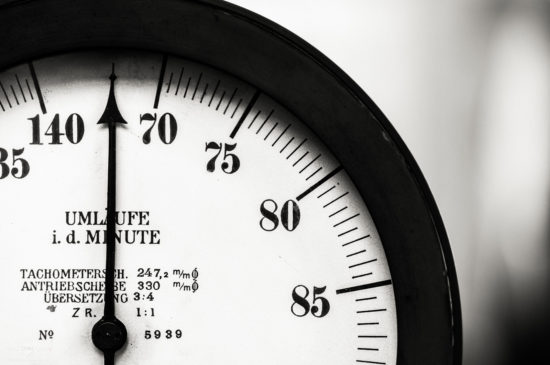 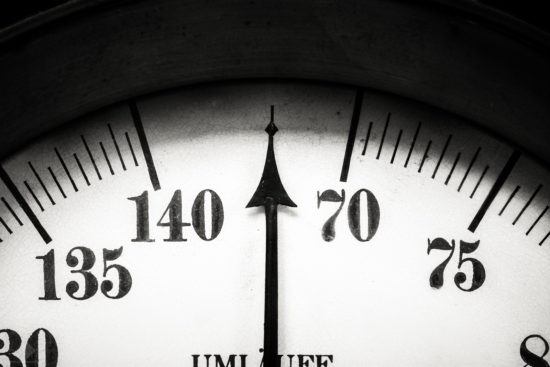 Tachometer #4. You don’t need to show the whole thing to tell the story. 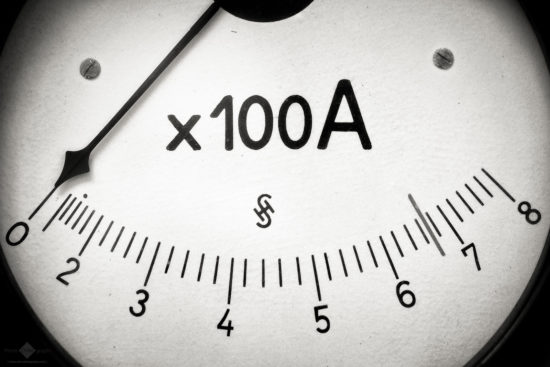 The idea with these images was to frame the shot in a way which doesn’t show any of the visible objects completely and yet let the combinations tell the story, presumably in a more interesting fashion. Let me show you the complete communications panel first and then the close-up images I took of it. 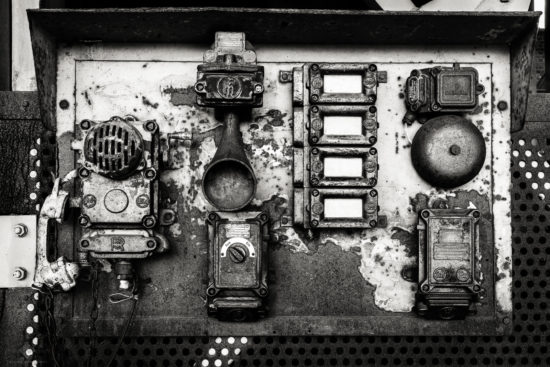 And now, here are the close-up photographs I mentioned before. It is so much fun to be creative in the field. 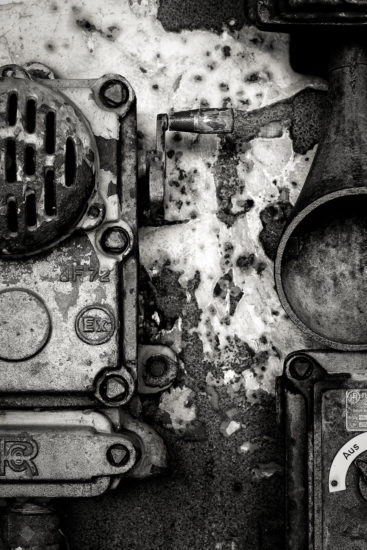 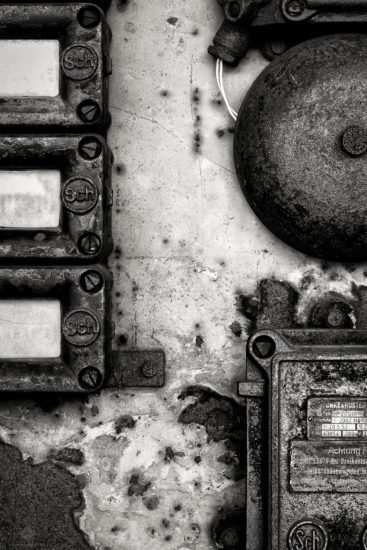 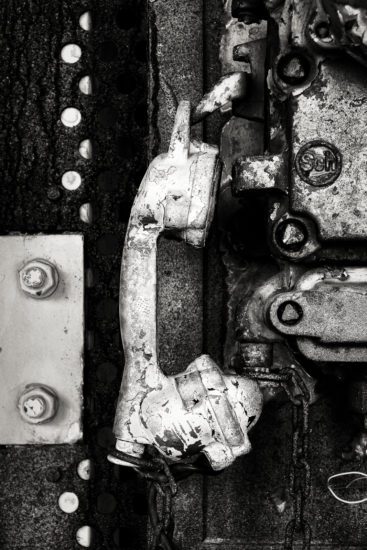 Old Phone. Just a proof of concept – in my book, this image would have been much interesting if it showed only a part of the phone. 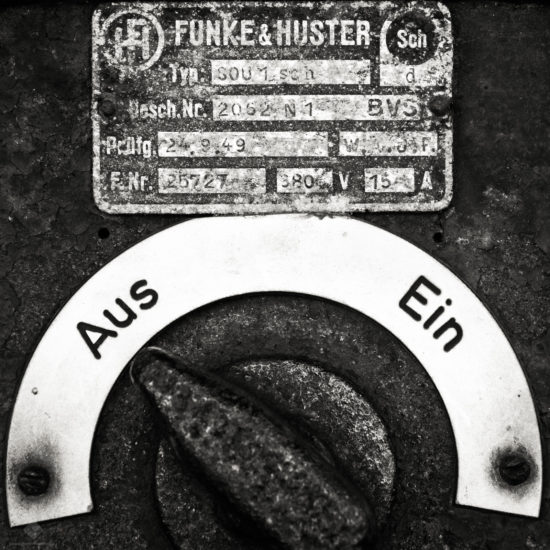 On/Off-Switch. On the other hand, keeping the whole subject in the frame can work very well, too.

Photographing exhibits in a museum or historic places without giving away their museum context with all of its clean and sterile feel means decontextualizing the subject. In this post, this decontextualization is achieved by selective and deliberate framing and also the clever use of a shallow depth of field.

It also means retaining and sometimes recreating the mystery of the past. It means hinting at stories, but not necessarily telling them completely. To feel these stories, we as photographers need an inquisitive mind, the attitude of an explorer. The stories we seek are always elusive. They are spelled out in the texture of well-used metal or cracked coats of paint, in text which hints at the function of depicted items, in scratches and dents, in bumps, dust, and dirt, in the space between the lines, the suggestions of past incidents which spark the viewer’s imagination.

In the upcoming months, I will add at least two more posts to this series, one about using reflections and transparency, and one about using long exposures and artificial backgrounds. Please subscribe to my newsletter if you want to be informed about new posts and photographs. In the meantime, I wish you happy exploring!