Photos of the Brandenburg Gate

When you go to Berlin, there is no way of avoiding the Brandenburg Gate. It is an absolute must-see. Ladden with history, it is also a thing of beauty. When I was there last month, I was looking forward to getting a beautiful photo. I should have known better though. When I hit the street coming up from the metro, I saw that they were in the process of setting up a stage right in front of the Gate. They were preparing for the opening of the International German Gymnastics Festival 2017. Lots of fences, lighting and even more people were all around. I would not get a clear shot of the Gate this time. 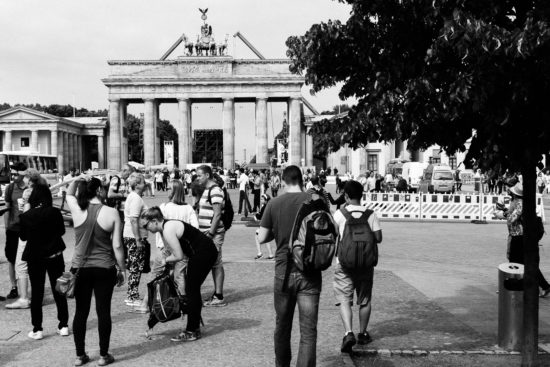 People, fences, and a stage. I wouldn’t get a clear shot of the Brandenburg Gate this time.

However, I decided to be stubborn and tried to see this unfortunate turn of events as a challenge. Maybe it would help me to find more unusual perspectives and angles and thus to take more interesting pictures of an over-photographed building.

I came up with two presentable images which I am happy to share with you here and now.

The first frame is a shot of the Quadriga on the Brandenburg Gate. Usually, it is shown with the full gate underneath, but since I couldn’t get this shot, I decided to go for the next best alternative which is to zoom in and leave enough of the building in the frame to keep it recognizable. 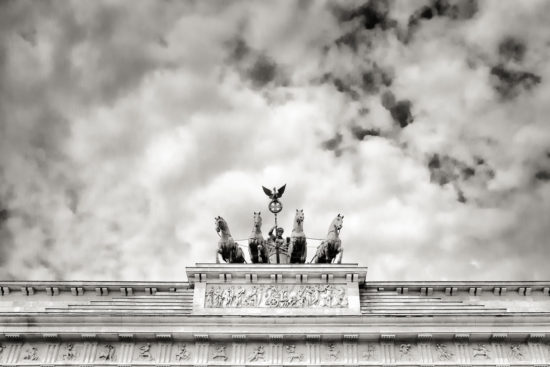 The Quadriga on the Brandenburg Gate

The second frame I took was a spontaneous idea I had when I was walking through the gate to get to the Reichstag building. I had seen many photographs of the Brandenburg Gate, but I hadn’t realized the marvelous intricacy of its carvings yet. Besides, the overlapping roofs and the partly cloudy sky in the background inspired my to take this shot, literally while I was walking. I hardly stopped to take the photo. 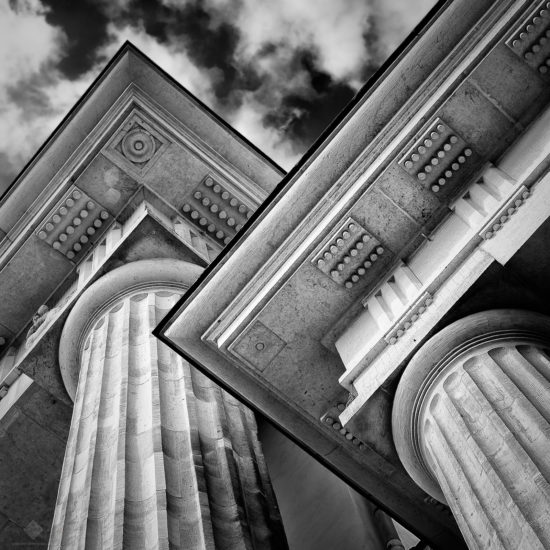 To learn more about the Brandenburg Gate and its colorful history, check out this article on Wikipedia.

Right now, I am putting together a web gallery with more architectural photography, to be released here in the very near future. Stay tuned.