In this part of my West Highland Way travelogue, I encounter the legendary monster of Loch Tulla, am offered help from friendly Scottish walkers, find a luxury en-suite accommodation right next to the way, finally meet some Scottish natives of a different kind and have 2nd the best fish & chips on the planet.

The Monster of Loch Tulla

 Let’s begin with the good news: Despite the lack of heating the wet clothing had dried nicely in the night. When I got down for breakfast, the landlord told me that my wife had called. She had been worried about me so after some research she had found out the hotel’s phone number and spoken with he landlord. Unfortunately, he had refused to wake me up but promised to relay a message.

He then told me where on the hotel grounds I might have a slight chance of getting a glimpse of a mobile signal so that I could call her back. After checking out, I tried — in vain. The connection repeatedly broke down after a few seconds. I was able to get the message across that I was okay and would call again later.

While I was standing there trying to phone, the landlord came along. With him was a small white, cute and pretty lively Cocker Spaniel. “So this is the legendary monster of Loch Tulla?” — He smiled, but uneasily. “Don’t make jokes. She looks cute, but she is not. She can go absolutely mental.” Was he serious or was it just a fine example of Scottish humor. I decided I didn’t want to find out and began my walk.

Today’s leg of the trip was the easiest in every respect: No noteworthy climbs, for the most part, easy terrain and only 18km long. The previous day’s had been much tougher, and I was looking forward to some easy walking.

The closest thing to a climb was there right at the beginning but it was easy to master, especially the fantastic view back and down on the hotel and Loch Tulla was worth more than one photo. So I took several exposures for a panorama.

Loch Tulla and Inveroran Hotel.
One of these images has been taken with an iPhone, the other one with my DSLR. Can you spot the iPhone shot?

The Scots are a really helpful bunch. While I was going up the hill, there were some walkers coming down, and they asked if I needed assistance. For a moment, I asked myself if I really looked so desperately in need of help. I mean, I know that I am by no means athletic, but this hill really was not particularly steep to climb. Here are some photos I took along the way.

Lone Tree. The person walked into the frame right when I took the shot.

Lone Tree. This image is work in progress because I feel I need to give the dark foreground some more love.

Color or monochrome? Choose your poison.

Moving on to Bridge of Orchy

After the climb, it went down again on slightly more difficult terrain. It was rocky, and I had to focus on every step which made it difficult to appreciate the landscape. All in all, however, it was pleasant walking.

The Great Lure.
What might be around the next corner?

After about 2km I was rewarded with a fine view of Bridge of Orchy at the entrance to the valley between Beinn Bhreac-liath and Beinn Dorain. In the distance there was the shapely peak of Being Odhar. Of course, I immediately took a picture. In fact, I did so twice, once with my iPhone and then once more with my DSLR. The quality of the iPhone shot is truly remarkable. Of course, the megapixel count is much lower (8MP vs. 24MP of my DSLR), but apart from that, both versions look remarkably similar, don’t you agree? 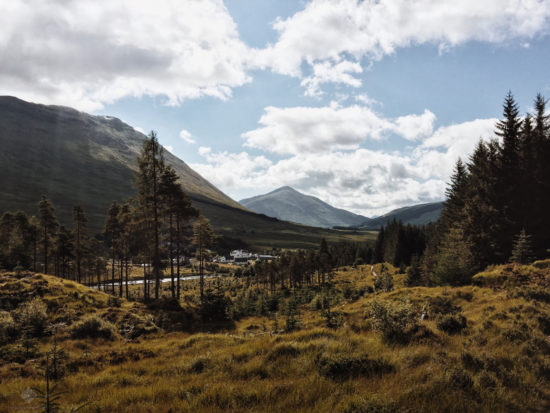 Bridge of Orchy and Beinn Odhar
Again, which one is the iPhone shot?

 Down in the valley, I soon entered the village of Bridge of Orchy which primarily consists of a few houses along the A82, the most important of which is the Bridge of Orchy Hotel. Some walkers were having a break or were preparing to start on their next leg of the way.

The West Highland Way took me to the small station of the village and there through a short tunnel. It was here where I found the most outstanding luxury accommodation imaginable. See for yourself.

En-Suite. I prefer the black&white version. And you?

From there, the way headed farther south right along the slopes of Beinn Dorain. Now and then I met a walker heading north, and they wanted to know how far Bridge of Orchy was still away. On this stretch the West Highland Way super easy to walk on. It was here where I finally met some genuinely original inhabitants of Scotland. 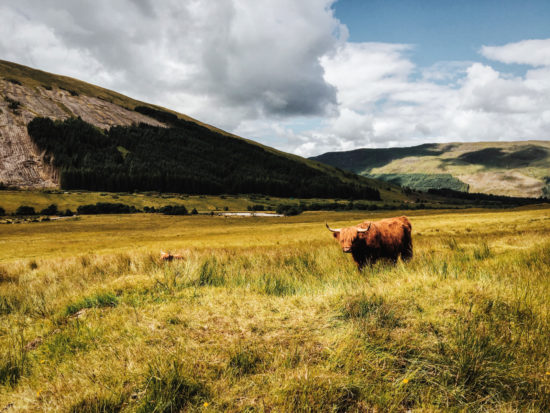 So I walked away, on the left Beinn Dorain rose to the sky and some little burns came down and crossed the path. It was almost as peaceful as in Rannoch Moor. 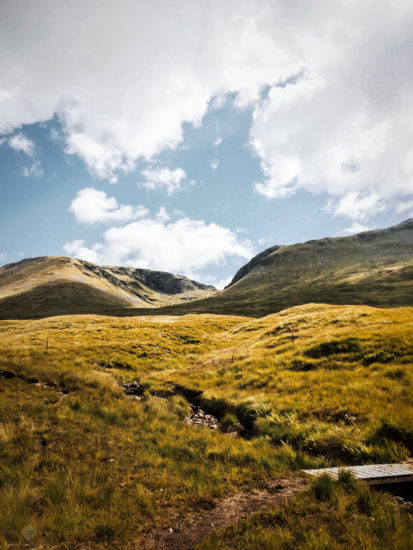 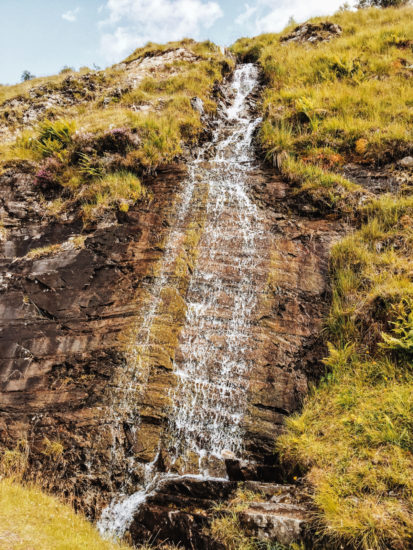 After a while, I rested. The sun was shining, and that might explain why I sat there longer than I had intended or than was good for me. I don’t know about other walkers, but if I take too long a break, I really have hard (and painful) time getting up to speed again. Before I cracked on, I grabbed a beautiful image of Beinn Odhar and the West Highland Way in the foreground. 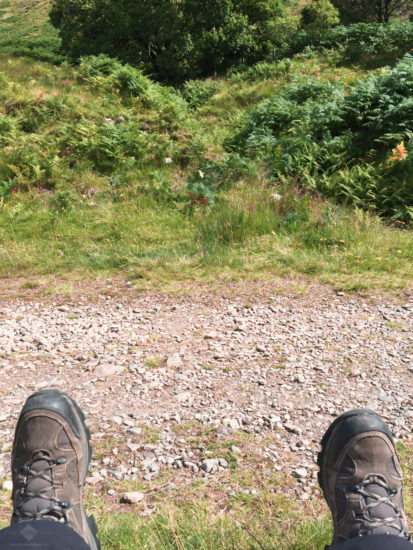 Having a break along the way 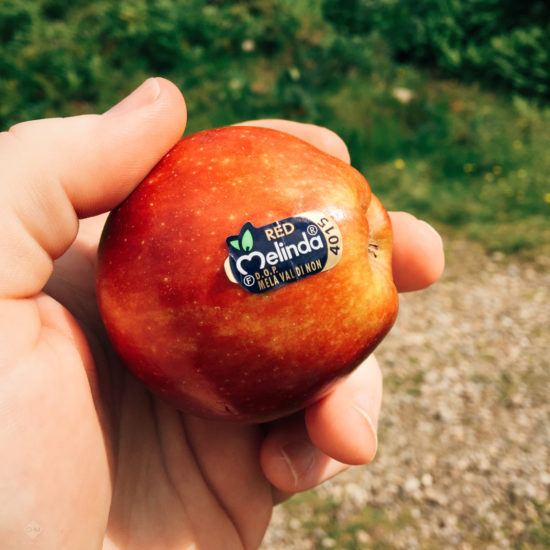 Red Melinda. Unfortunately, it wasn’t nearly as tasty as it looked. It was probably SmartFreshed.

The rest of the Way was easy, and nothing unusual happened before I reached Tyndrum, this day’s destination. And it was only 2 PM!

Tyndrum is a remarkable place in that it appears to be a village whose only purpose is to accommodate and cater for walkers and tourists. It is mainly built along both sides of the main road, the A82. From what I have seen, the village has no more than four “public places”: Brodie’s Mini Market which is quite accurately described by its name, The Green Welly Shop which is by no means described accurately by its name because it is a mini market, a gas station and a restaurant all in one, the Tyndrum Inn which I can’t say anything about except that it looks nice and cozy from outside, and the Real Food Café where I had lunch. Apart from that, Tyndrum seems to consist only of B&Bs.

The best fish&chips on the planet

 My Arcanum friend Stuart Davidson, himself a Scotsman down to the last fiber of his kilt, had enthusiastically recommend the Real World Café as the place where you get the best Fish & chips on the planet. People would come from as far away as 40-50 miles just to eat here. He had said, go there and order everything of the menu. I did. Well, no, I just ordered fish & chips and I got an ginormous meal. And it was indeed very good and it was even improved further by the fact that I could eat it outside in the sun. In hindsight, however, I must say that I have to disagree with Stuart. As good as it was, it was not the best fish & chips in the world. If you want to get that you must go to The Pavillion on the Hastings Pier. Being able to have the equally large and even slightly better meal with the view and salty smell of the sea simply can’t be topped. 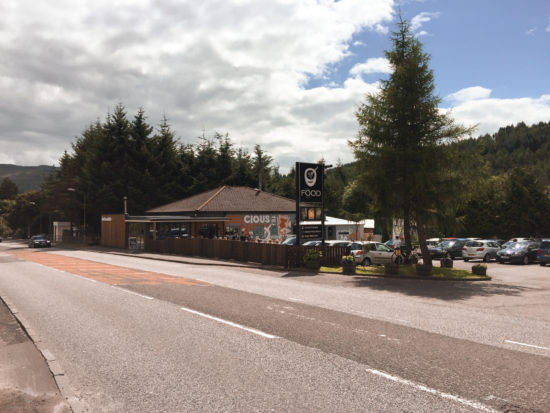 Real Food Café.
The place where you get the 2nd best fish&chips in the world.

After the meal, I went to Brodie’s Mini Market to buy some snacks and drinks for the night and then I started searching for Dankell B&B, my accommodation in Tyndrum. It wasn’t so easy because the folks at Contours had messed up the directions. Despite their mistake, I reached the place as earlier than any other on the whole trip. Chris, the landlord, was a little queer, but very nice. Unfortunately, this could not be said about the two other German walkers who also stayed there. They busied themselves by discussing all the things they didn’t like or that they felt didn’t suit them. I decided to stay away from so much negativity and didn’t reveal the fact that I was German, too, before the next morning. 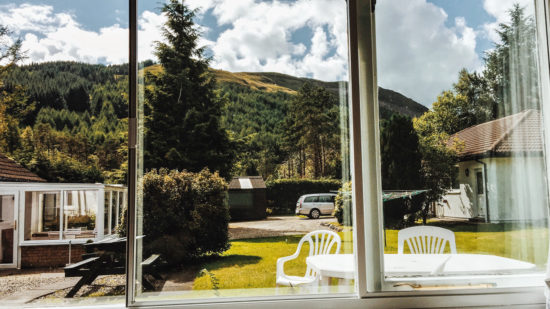 Room with a view.
Forgive the sloppy composition. I was in relaxation mode when I took this image. 😉

Unfortunately, this day didn’t end quite as wonderful as it had been. In the evening I discovered that a seam in my walking pants had opened a bit and would probably open up further throughout the next day if I didn’t fix it, so I hurried to the Green Welly Shop (the mini market in the gas station) where of course they didn’t have any sewing kits. I had to find a solution for this problem in the morning.

On the next day, I found the Tiger of the West Highland Way, didn’t see the sword of Robert The Bruce, climbed high and got low, took a better picture with my iPhone than with my DSLR and discovered the limit of my daily walking distance comfort zone. 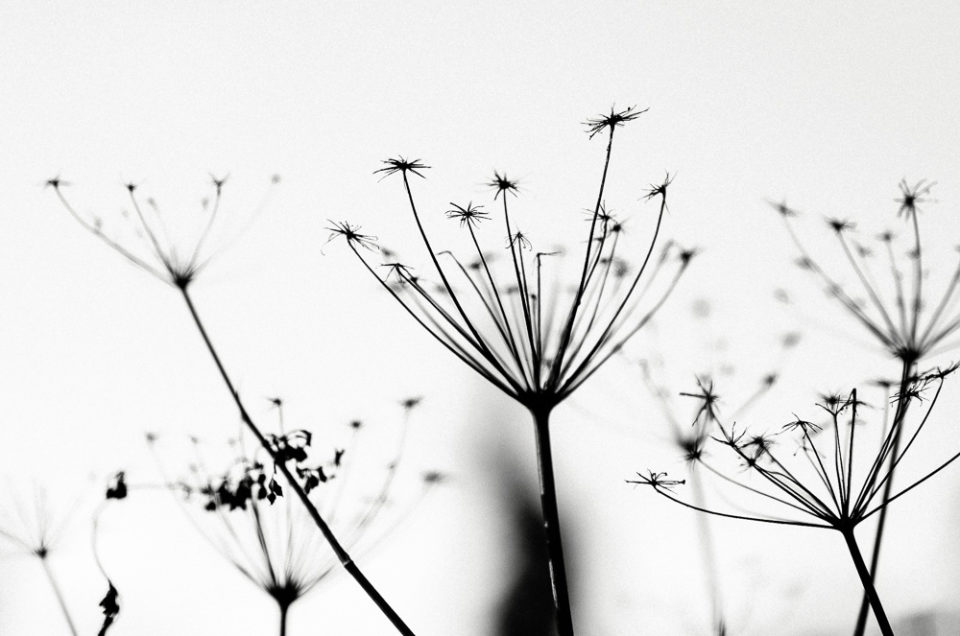 Enjoying your reports Christian. I spend a lot of time in the Highlands. Sadly it’s going to be dark for long periods now until Spring. The good news though is that the Northern Lights are looking splendid 🙂

Northern lights? Sounds like the highlands are beautiful in every season. How far north would I have to go if I wanted to see them in Scotland?

Great story and pictures! I enjoyed reading it and shared it to facebook.

Thank you, Evan. Much appreciated!