Most walkers who undertaken endeavor like talking the West Highland Way will probably do some degree of preparation. And it’s doubtful that they miss the Devil’s Staircase in the process.
If you have followed this series from its very beginning, you might remember this ascent between King’s House Hotel and Kinlochleven. It hasn’t only got a daunting name, it also features some impressive specs, at least for the average walker. In about 1.5 km it climbs about 300-350m. The terrain is muddy, rocky and often slippery. I have seen athletic hikers scramble up and then turn around with a happy expression of achievement on their faces. For walkers who are northbound, it is the last real challenge on the West Highland Way.

I, however, went southwards, and therefore didn’t have to climb the Devil’s Staircase. Even though the decision to do it this way was forced upon me by circumstances out of my control, I often felt that it face me an unfair advantage. This attitude, however, changed on the 7th day of my journey, for this day held an ascent that is at least on par with the Devil’s Staircase: Conic Hill. 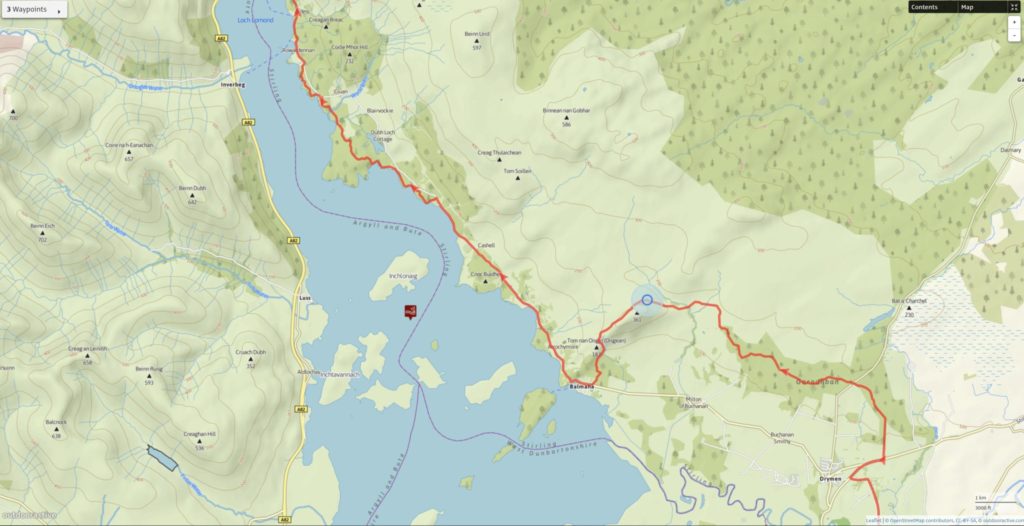 This day’s leg of the hike took me from Rowardennan to Drymen.

The way to Balmaha

Before I could face the challenge of Conic Hill, I had to get there first which meant walking another 9km along the shores of Loch Lomond – a prospect I dreaded. I hadn’t slept well the night before and was still weary. My legs were still aching, and my heel spur stricken feet were in a state of intense pain. Fortunately, though, the weather had improved considerably, and things on the way turned out better than expected. My stuff was dry again after a night in the drying room, and the West Highland Way was much more comfortable to walk in the southern part of Loch Lomond. In fact, it turned out to be a pleasant walk, as you can see from the photos below.

A fallen tree, covered with moss.

The sun was shining and yet walking in the shadow of the trees was nice and neat.

The jolly shores of Loch Lomond…

It was a joy catch a glimpse of this beautiful lake through the trees.

At this lovely rocky beach, I took a short break. But I wasn’t alone for long… 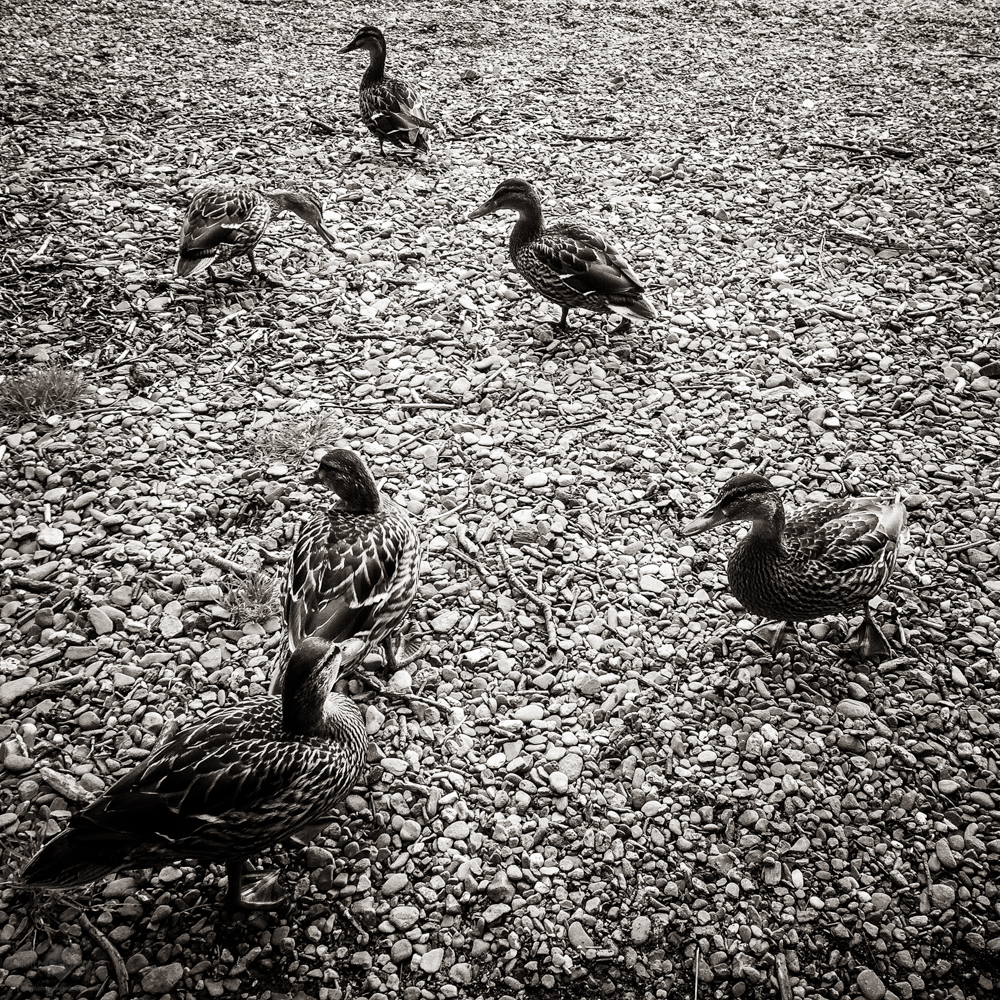 This gang of ducks had spotted me from afar and came racing towards me over a distance of about 75 meters at full speed, apparently hoping to get something to eat from me.

Looking back to the North from one of the many viewpoints along the way.

After about 8km I reached Balmaha, a beautiful and small village which was surprisingly busy, probably because it is situated at the foot of Conic Hill and at the southern end of Loch Lomond, both of which are tourist attractions.
In Balmaha, I treated myself to ice cream at the St. Mocha Coffee Shop – exquisite in every respect. And just the refreshment I needed for Conic Hill. 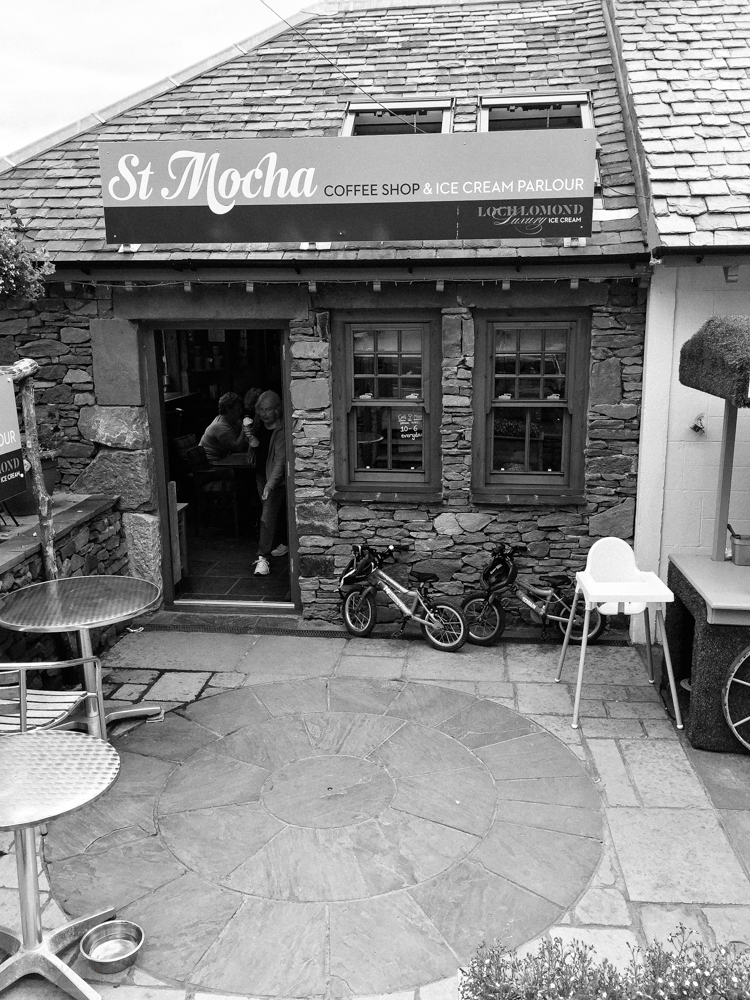 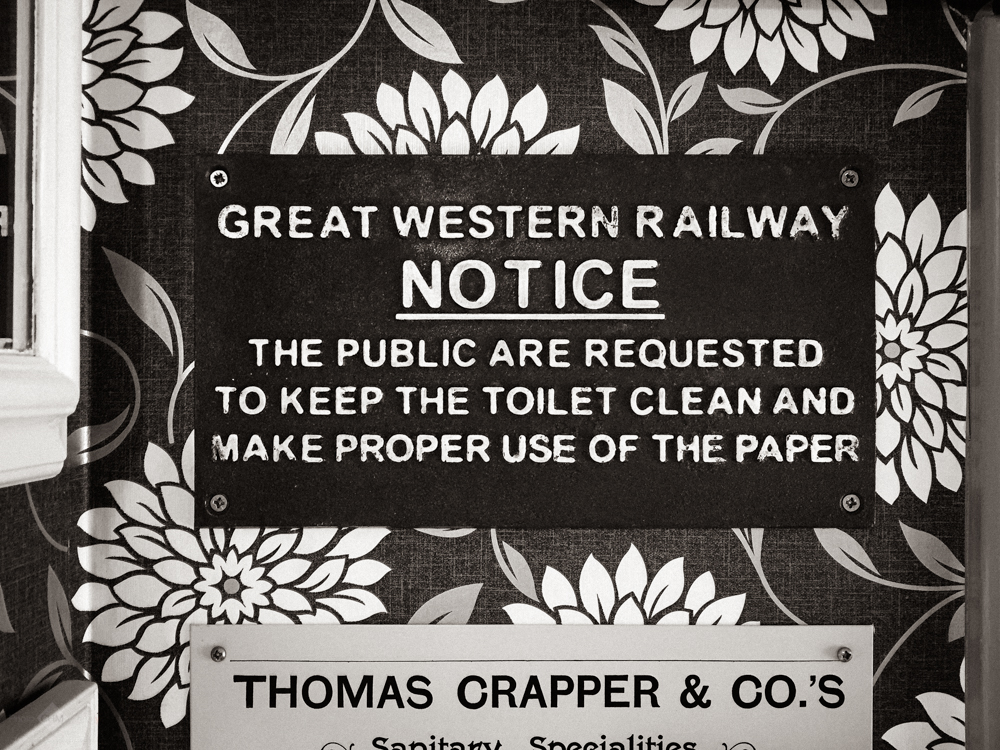 Everything was nicely exquisite in this beautiful café – down to the interior design of even the very last room.

By the time I started the ascent, however, it was already 3 PM. The first section of the ascent showed me that this was not going to be easy.

Looking down on the first section of the climb.

In addition to the physical challenge of Conic Hill, it also was a psychological one, at least for those who walk up there for the first time. Whereas with the Devil’s Staircase you can see the total ascent right away, the climb Conic Hill consists of several sections with many turns and twists. With each part you think you might have made it to the top, only to find out there’s another even tougher climb behind the next corner. With each section, I had to muster another quantum of motivation.

It kept going up… 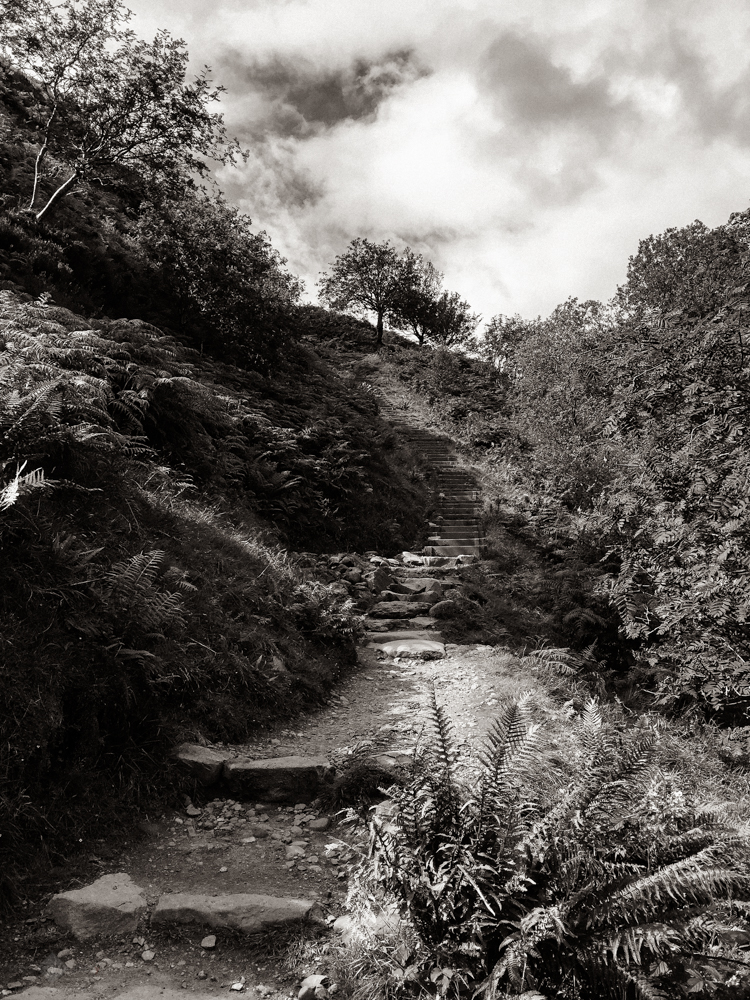 Looking back and down.

Many walkers took a break along the way to enjoy the great view.

Trees on the rocks

Still no end in sight.

Despite being quite strenuous, the walk up there was delightful because the landscape is fascinatingly rich and wild and the views get more beautiful with every step. Sheep were walking and grazing on the steep and rocky hillsides like goats, and ever so often you got a glimpse of Loch Lomond shimmering in the afternoon sun down below and in the distance.

Another welcome opportunity to take a break while taking pictures.

The last section was also the longest and steepest one.

Halfway up the last section.

Halfway up, looking down.

Sheep grazing on the hillside…

… and enjoying this magnificent view.

When I finally had reached the highest point of the West Highland Way on Conic Hill (which was not even the top of the hill), I unpacked my 10-20mm wide angle lens to get some images of the vast vista with the beautiful clouds. I had carried the glass all the way from Fort William and hardly ever used it. Now was the time.

A panorama stitched together from a stack of images taken at 10mm. It doesn’t get much wider than this.

Obviously, the rest of the way was relatively easy as I was walking most of the time downwards. I wouldn’t have minded if the way had been a little shorter. Even though I walked at a reasonable speed, the remaining 9km took me another 3.5 hours, including photo breaks.

Looking back to Conic Hill. This is what a hiker going northwards would see.

The landscape changed quite a bit after Conic Hill and looked more like North England than the Highlands. In fact, it reminded me of Hadrian’s Wall Country a lot.

Loch Lomond in the distance behind Conic Hill

As the evening approached, the mood became wonderfully quiet and peaceful.

Bagpipes and a robbery

All in all, I reached Drymen at about 8.30PM. Luckily, the local supermarket was still open so that I could buy some drinks and snacks for the night. I also was rewarded for my efforts by this display of original Scottish bagpipe music.

The landlords of this night’s accommodation were sweet. They had expected me much earlier and had already started to worry about me. „There you are! What took you so long?“ – „Climbing Conic Hell took longer than expected.“ „Yes, Conic Hill is tough if you come from the north.“

Yeah, you bet I knew.

The room was great and even featured a large TV, a DVD player and an extensive collection of movies to watch. So, after taking a shower, I spent the rest of the evening in a blissfully delirious state of snacking, drinking and dozing off to the hilarious Danny Ocean and his gang robbing casinos in Vegas.

On my last day, I walked through the Shire, crossed Troll’s Bridge, fought the growing pain in my feet and finally reached Milngavie, the southern end of the West Highland Way. Stay tuned.